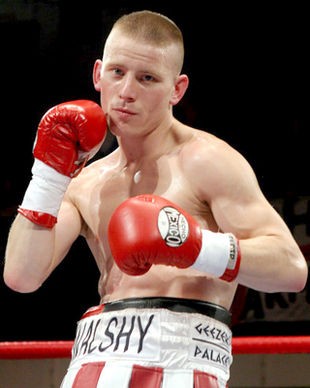 A  promising British professional boxer who went to a park to exercise during the coronavirus lockdown has been convicted of ignoring a direction to leave by police.

Michael Walsh, 37, a professional featherweight boxer, was convicted at Norwich Magistrates Court, after pleading not guilty to an offence of failing to comply with a reasonable instruction to disperse from the area.

Walsh, of Norwich Road, Corpusty, was found guilty by District Judge David Wilson of a “one man crusade” whose “key aim was to protest and his running was an excuse to undertake that”.

The knockout artist, who has won all his 13 fights by knockout, was seen by police in Chapelfield Gardens on November 21 last year, during a period of national lockdown, running in the gardens, at about 1pm, with a white hoody on. 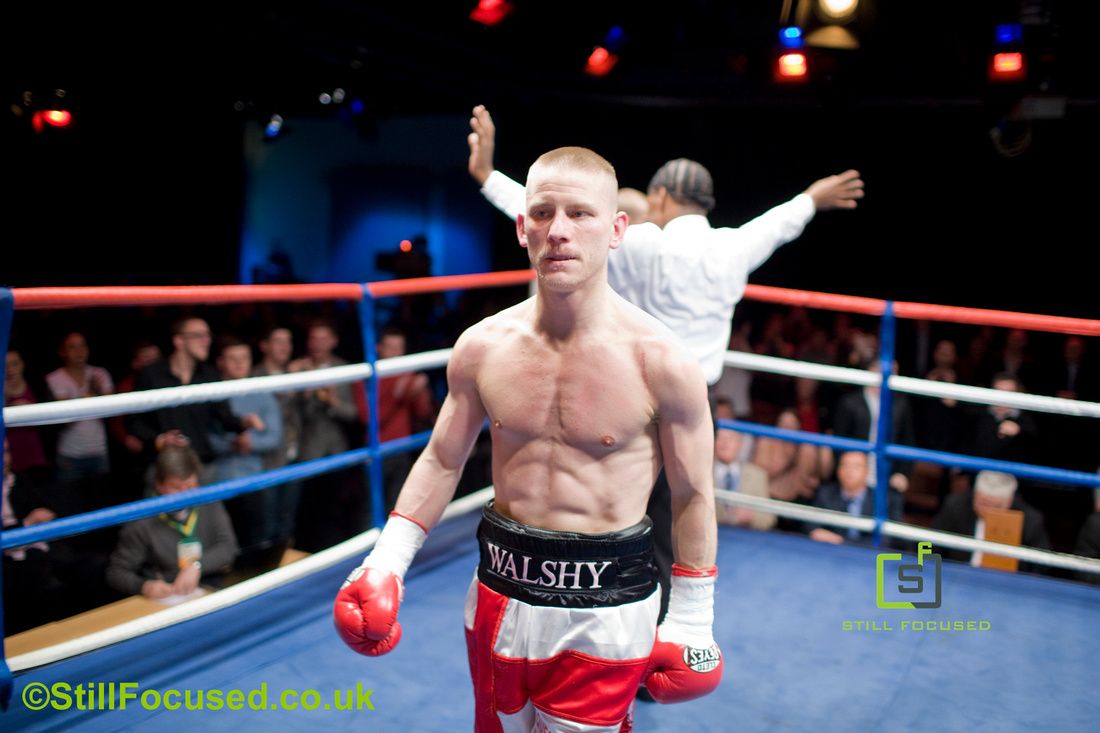 Knock out artist in trouble with the law: Michael Walsh

He had the words “Exercising My Right to Freedom” on it, while talking loudly into a mobile phone about how he was “exercising my rights to freedom”.

Police were on patrol due to concerns over potential anti-coronavirus demonstrations following similar recent protests.
Giving evidence on Thursday  PC Shaun Collingsworth said: “He was jogging on the spot.

“He was saying something about rights and rights to exercise.”

Walsh was later issued with a direction to leave after “information received” from other officers who had been watching the area.

The boxer continued “jogging on the spot” after being given the instruction and “carried on jogging around”, police said.

Mitigating for  Walsh, Ian Fisher, told magistrates he went to the park alone to exercise.

The fighter accepted he had a “bee in my bonnet” about some of the restrictions in place but insisted he had been there to exercise.

He said: “I went there to exercise my right to freedom for myself.

“I was just there to exercise, I had a fight coming up.”

Walsh said he had spoke to others who asked him about boxing and remained in the park for about another 20 minutes after being spoken to by police.

The boxer, who was wearing headphones at the time, said: “I genuinely didn’t understand or hear the order.”

“I didn’t really understand the instruction I had to go straight home.”

Walsh, of Norwich Road, Corpusty, was found guilty by District Judge David Wilson of a “one man crusade” whose “key aim was to protest and his running was an excuse to undertake that”.

A fortnight ago, the boxer also appeared at Norwich Crown Court for a plea and trial preparation hearing, after being charged with producing a drug of class B, being concerned in supplying a controlled drug of class B to another, as well as converting criminal property between 2018 and 2021.

The case was adjourned until Friday, December 17.

Walsh, who has a fight coming up, was granted conditional bail including that he resides at his home address and is subject to an electronically monitored curfew from 9pm until 7am.