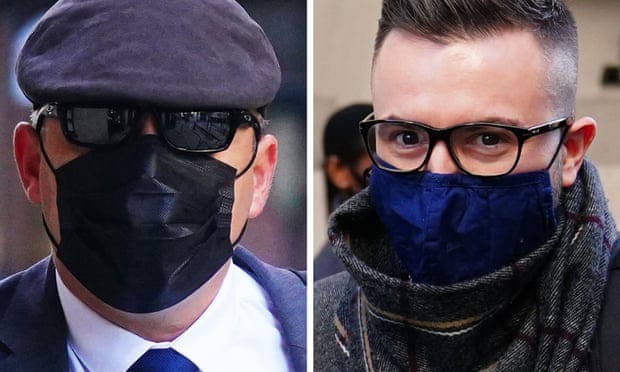 A police constable has been dismissed without notice for taking “inappropriate” photographs at the scene of a double murder in Wembley.

It follows the finding by a Met discipline tribunal on Wednesday upheld the case against the two men after a short hearing.

The two bad apples pleaded guilty to misconduct in public office after the Guardian revealed last year the scandal that rocked Britain’s largest force. Both men will be sentenced next month and face jail

Allegations were then made to the Met’s Directorate of Professional Standards that “non-official and inappropriate” photographs had been taken by police at the crime scene.

The officers in question, PC Jamie Lewis and former PC Deniz Jaffer, both pleaded guilty to misconduct in public office at the Old Bailey on November 2.

All allegations were  proven at the hearing chaired by assistant commissioner Helen Ball.

PC Jamie Lewis was dismissed without notice, while the tribunal said former PC Deniz Jaffer would have faced the same fate had he still been a serving officer. He should be tracked down wherever he is and disciplined.

AC Ball said: “The behaviour of PCs Lewis and Jaffer that day was shameful and fell very far below the standards we expect of all our officers.

“We do not want officers who act in such an unprofessional and disrespectful manner to be part of the Metropolitan Police Service.

“Our thoughts are with the family and friends of Bibaa Henry and Nicole Smallman and we deeply regret the additional distress this matter has caused them. I am profoundly sorry, both personally and on behalf of the Met.”

During the early hours of June 8 2020, PC Jaffer and PC Lewis were placed on the cordon to protect the crime scene.

They left their posts to take pictures on their mobile phones of the victims and the crime scene. They shared the images with other officers and, in PC Jaffer’s case, with members of the public via WhatsApp.

Both officers used the disrespectful and derogatory term “dead birds”, to describe the victims while sharing the images.

The officers’ behaviour came to light following an anonymous report from a concerned resident, with AC Ball thankful to them for “doing the right thing”.

“We encourage all our officers and staff, and indeed members of the public, to report wrong-doing and we will act on those reports.”