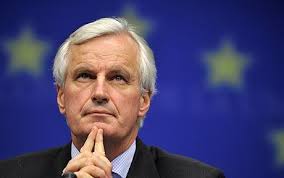 The EU’s chief negotiator Michel Barnier has moved talks into the “tunnel” of more intense and secretive negotiations after what is said to have been constructive talks with the Uk. EU Council president Donald Tusk said the UK had still not delivered anything “workable”, but said there were “promising signals”.

EU officials still insist that there  must be a legally operative solution in the Withdrawal Agreement that avoids a hard border on the island of Ireland, protects the all-island economy and the Good Friday peace agreement.