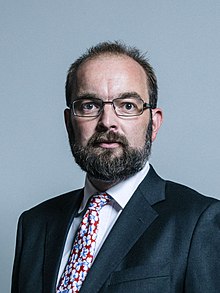 An Essex Mp is to be assessed for his level of competence by our thinktank following allegations of incompetence and leniency in response to complaints about racism and discrimination in established organisations n his in his constituency.

The assessment will be  mainly look at the level of indifference the Mp has displayed towards factual issues of discrimination, or complaints in that respect.

Southend MP James Duddridge is believed to have taken a soft stance towards discrimination, having failed to properly address a clear case of discrimination in his constituency. A number of minorities asked about their faith in the Mp to effectively handle complaints of discrimination, were negative in their perception of the Mp.

The area of Southend has many Zimbabwe’s , many of whom blend well in the community, but a number of which have claimed to be clearly maltreated in public establishments like clubs or casinos. A vast majority of minorities  in the area do not experience outright racism or discrimination, but those who complain say it takes something to spark such discriminatory treatment.

The assessment comes following information or complaints of  of systemic discrimination in the constituency of Southend, especially pubs and Casinos in the area. The review of mr. Dudderidge’s handling of a case of discrimination arose after authorities in the labour party were shown to have ignored serious complaints of anti semitism.

A single complainant led to the individual highlighting a few others. One case that stands out was a scenario in which three black girls visiting from London claim to have  visited  a pub, but went straight  to the toilet first where after they eased themselves, they spent some 10 mins dong make up.

The girls say as soon as they emerged from the toilet , they were asked to leave the pub because they did not first buy a drink. This particular story does not evidence racism, but  looks suspicious. They were put in touch with The Eye Of Media.Com by a mutual friend of the main complainant that sparked this investigation.

Some others have claimed there are right wing pubs in the area, something we are yet to  subtly investigate by going there ourselves and pretending to be right wing to test the response of the management there.

In the case of mr. Duddridge, the complaints against him arose after a black male was ejected from a number of casinos in the area without any reason provided for the ejection in 2017. The case has a bad odour about it, but could potentially have other explanations.

Private licensed premises routinely exercise right to refuse entry to persons without having to provide a reason, but such actions can be distasteful where the person turned down belongs to a protected group.

In that case, the male reported the doorman who had ejected him without a reason to the deputy manager of Gebtings Casno n Southend, who overruled the security man and allowed the man back into the casino.

Within minutes of the overruling by the deputy manager, the doorman got the manager of the casino to overrule his deputy, without providing a reason.The man who had just bought a drink had it seized from him with no refund provided. The case was reported to Mp Duddridge, who pursued an investigation, but without any bite or conclusion.

The complainant also cited a few others who said they had made similar complaints of discrimination to to the Southend Mp, some saying they had not received a response. Dudderidge’s office was contacted for comment, but sad they do not comment on individual cases.

Now, mr. Duddridge actions will be assessed by the team of professionals  comprising our thinktank . Most liaise with this publication, but are also independent of it. They will collectively examine what mr. Duddrdge’s inaction or inaction reflects of him.shows of him. The panel assessing him will comprise of a  mix of black, white and Asian professionals.

Mr. Duddridge is a former banker and has been the Member of Parliament for Rochford and Southend East since May 2005.He served as a government whip between May 2010 and September 2012 and as the Parliamentary Under-Secretary of State in the Foreign and Commonwealth Office between October 2015 and July 2016

A report will be published on this site when completed. Some of the decision makers had wanted to remain anonymous, but it was decided at a meeting that it would be in the public interest for them to be identified.