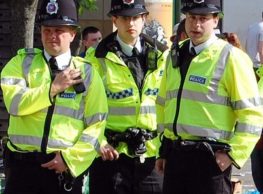 Epping Forest District Council are poised to spend £645,000 over the next three years to hire 3 extra cops to keep people safe, theeyeofmedia.com has heard.

They plan to use the huge amount of money to hire one Essex Police sergeant and two constables, in addition to a security company officer performing targeted work.

A 2.5 per cent council tax increase will pay for the measures, which were approved at a cabinet meeting last week.

Initiating the proposals, Sam Kane, the council’s Safer Portfolio Holder and the scheme was necessary and would be successful.

He said in a statement:“This is not a private security force, this is the council funding Essex Police officers.

“They will remain in the employ of Essex Police. We will merely fund them.

“Roger Hirst, the Police and Crime Commissioner, plans to increase the precept to raise an extra £6.5m, and he wants to spend that on the local police.

“Unfortunately we will not see any of them until the second or third quarter of 2019.

“Due to a number of reactions we have had from our residents to a number of incidents, we thought we needed to be in a position to get police back on the beat sooner.”

Once the scheme’s Is and Ts have been dotted and crossed, the extra police will begin work in Epping Forest in June.

“It is similar to what happens at Lakeside, where the shopping centre pays for Essex Police officers,” Cllr Kane added.

“It is also fairly similar to what we were doing in 2006 with Police Support Officers, but there are limitations with them in terms of powers.

“With the park guards, we will use them on special occasions like Halloween as a security presence.

“It is just about putting residents’ minds at rest.” Having an extra number of officers visibly present will always provide some reassurance to members of the community, but spending £645,000 is quite an awful lot of money. Should so much money need to be spent to provide extra cops? Police numbers have been drastically cut by the Tory government, making their relevance and importance appear to be understated.

Their presence is much needed, and the financial support to go with it is also important. Not so important for so much money to fetch just three extra officers