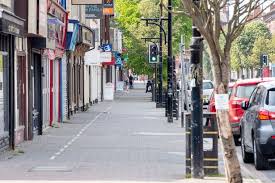 Entire towns in the UK could face tough ‘local lockdowns’ in the event of  regional ‘flare-ups’ of coronavirus.

The Prime Minister is set to announce  new measures which would include the British Government’s ‘track and trace system’.

The measures initially due to be revealed on June 1 is being accelerated on time for the return of primary school pupils on Monday.

An estimated 25,000 contact tracers are on the hunt for new cases in order to quickly isolate new sufferers.

Health Secretary Matt Hancock confirmed yesterday at a press briefing that tough new lockdown measures could lead to schools, businesses and workplaces being closed in areas with a lot of infections.

He said: ‘We will have local lockdowns in future where there are flare-ups and we have a system we are putting in place with a combination of Public Health England and the new Joint Biosecurity Centre, along with the local directors of public health who play an absolutely crucial role in the decision-making in the system, to make sure if there is a local flare-up there is a local lockdown.

The announcement first revealed in the UK Sun publication last week could be implemented as early as tomorrow.

It follows reckless gatherings in beaches all over the UK since the lockdown. Prior to the easing, there had also been a small but notable fraction of the British population that had been breaching lockdown rules not to go out or gather in groups.

The unregulated movement and gatherings of individuals since the lockdown ease has led to forecasts of a second spike of the coronvirus, a nightmare scenario nobody wants.