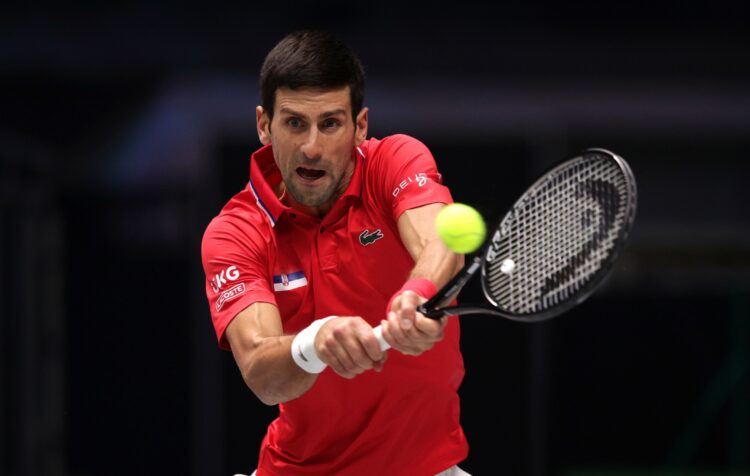 Djokovic second appeal after his visa was quashed on Friday by Australia’s immigration minister Alex Hawke will take place on Sunday morning(Saturday Uk time)The men’s world No1, who is unvaccinated but has claimed an exemption from Australia’s strict rules on visitors being vaccinated against Covid-19 due to having already had a bout of the disease, is hoping to compete on Monday in a bid to make a record 21st slam.

On Friday, Hawke announced that he had cancelled Djokovic’s visa on “health and good order grounds”, stating they did not want to give anti-vaxers an incentive.  Djokovic’s legal team immediately fought the decision and the case will now go to a federal court over the weekend, with Djokovic’s lawyers pushing hard for a final decision on Sunday before he begins his bid for an historic 21st Grand Slam. The 34-year-old Serbian has been summoned to a meeting with border authorities on Saturday morning, and could then be detained in a state hotel while the case is heard.

Pressure has been building all week after Djokovic broke his silence over a number of accusations of breaking Covid protocol on Wednesday, and he conceded that he broke isolation and conducted an interview with French newspaper L’Equipe despite knowing that he was positive for the virus.

The infringement is one that could legally cost Djokovic his freedom, but the Australian government have different concerns.

Australian Prime Minister Scott Morrison has himself welcomed the prospect of Djokovic’s deportation from Australia, and said: “Australians have made many sacrifices during this pandemic, and they rightly expect the result of those sacrifices to be protected.”

But he won a court appeal against the cancellation that allowed him to remain in the country.

At the time, the Australian government said it would continue to look at whether he could stay, a decision that was at the discretion of immigration minister Alex Hawke.
At a court hearing, Djokovic’s lawyers asked for an injunction to block his removal from the country, saying the reasons behind Mr Hawke’s decision are “patently irrational”.

Djokovic’s lawyers had been pushing for a hearing to take place on Sunday, in the hope of a decision being made before the Australian Open begins.

Mr Hawke said on Friday: “Today I exercised my power under section 133C(3) of the Migration Act to cancel the visa held by Mr Novak Djokovic on health and good order grounds, on the basis that it was in the public interest to do so,” he said in a statement.

“The Morrison government is firmly committed to protecting Australia’s borders, particularly in relation to the COVID-19 pandemic,” he added, referring to Prime Minister Scott Morrison.

Djokovic vs Australia: What both sides have said until now

Commenting on the decision, Mr Morrison said Australians have made “many sacrifices” during the pandemic.

“They rightly expect the result of those sacrifices to be protected,” he added. “The pandemic has been incredibly difficult for every Australian, but we have stuck together and saved lives and livelihoods.

“Our strong border protection policies have kept Australians safe, prior to COVID and now during the pandemic.”