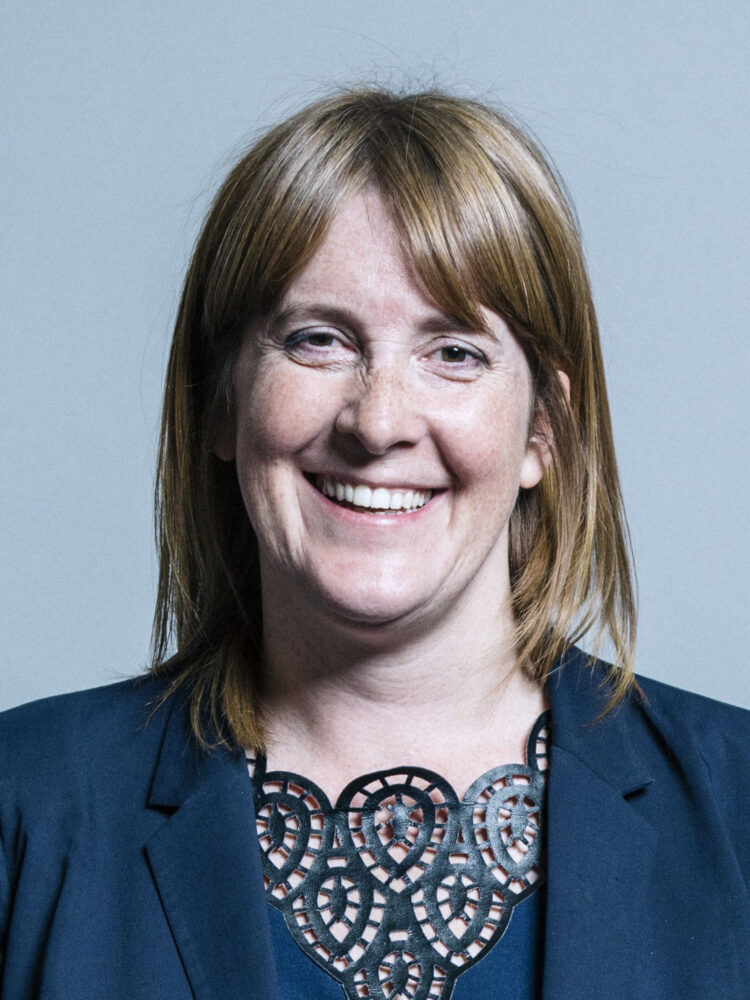 The single mother of three who once permitted us to name her son and sent a picture of him , did a U turn insisting we neither mention his name nor publish his picture or hers, despite providing us with those details in the past. She has become increasingly frustrated and angry about the very bad way she was treated by Croydon Council, and the fact her now 17 year old son has a permanently damaged arm he cannot move. She says his whole life and personality has changed, and he reports having regular bad dreams, like she herself experiences.

Simone John, who is on heavy medication, and regularly sees a psychiatrist,  has also  accused Croydon Mp’s of incompetence and failure to put her council by investigating offending councillors and taking appropriate action., comparing her to the Mp of her new borough James Brokenshire, who she says is far more professional and helpful.

Mp Sarah Jones is named as one of those who did little to help the distressed mother escape the horror of gang crime, after she repeatedly contacted the council, and went as far as contacting Sarah Jones, who actually met up with her once, but reportedly did not do much to accelerate her movement of accommodation, until after a long time.

The 45 year old has since become very disorientated, having recurrent nightmares in her sleep, and suffering a bizarre level of torment which includes being teased by one of Croydon’s failed councillors, Cabinet member for for finance and resources. Simon Hall, who resigned from his post amid a number of scandals at the notorious council.  Simon Hall lived a stone’s throw away from where the woman resided in Croydon, but only responded to one of her many emails, ignoring others,  before he lost his post among other incompetent highly positioned individuals, earning a wage without delivering the goods.

In his resignation letter to Tony Newman, Mr.Hall said he was ”incredibly proud”   of the role he had played over the last six and a half years. ”In that time, I believe I have played my part in making a positive difference for residents and delivering our manifestos”, he said. In reality, he made a nightmarish difference for at least this resident, who is so resentful against him, and wants him disciplined even though he has stepped down.

Ms John, whose psychological state of distress has been described as ”worrying” alleges discrimination including racism for her awful treatment, and cannot understand why she would have been ignored for so long when complaining about a serious matter.

She told The Eye Of Media.Com; ”I can’t help suspect  discrimination and racism because some of those in the council have actually met me, but my emails were constantly ignored. I might as well have been speaking to a brick wall. I have asked Sarah Jones and Katherine Kerswell(Croydon’s CEO) to track down all those who failed me and investigate them. I sent them a mail asking for clarification of what they said to James Brokenshire, and they said they had 28 days to reply. The time period has gone, and I got no response.

Katherine Kerswell’s office called me after about 31 days from my email to say they will get back to me, but I have since had no response. Why would they let the deadline pass, after years of letting me down? I feel so frustrated and insulted, it continues to affect my mental health. I have contacted the local press(Inside Croydon), My London, and the BBC, with my complaints, but all I get is wall of silence.

I am being treated very badly, James Brokenshire is the only one who has shown some dignity and professionalism by seeking to investigate the matter, but I hear he is currently ill and in hospital. He has been very supportive, but Sarah Jones has asked me three times where I currently live, when this does not matter. I don’t want to disclose my new address, she knows my old address, and all she needs to do is investigate those who failed me”

Katherine Kerswell was appointed as permanent chief executive of Croydon Council in May, her role being to stabilise the council’s finances and secure a capitalisation direction from the government to deliver Croydon’s Renewal Plan to improve the council for residents and staff.

Her post is directed at achieving  organisational transformation, strong governance and affordable quality services in creating a financially sustainable council for the future. At this early stage in her post, she is already failing to achieve organisational goals, after failing to meet  statutory deadline of 28 days to respond to a query by a single mother suffering with post traumatic. 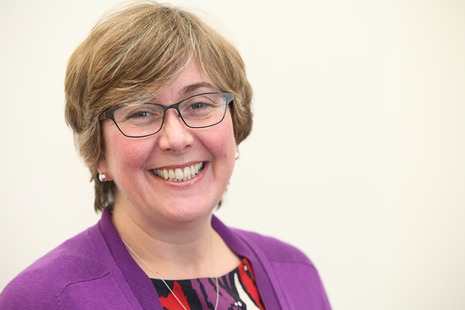 Croydon council is notorious for general incompetence of the highest degree, and has seen multiple senior officials resign, following a series of financial mismanagement, corruption, and disregard for its tenants.

Croydon’s Mp Sarah Jones, who is aware of the disgraceful conduct of many councillors and executives in the borough over whom she presides as Mp, has also been attacked for condoning discrimination and incompetence by failing to pursue disciplinary action against Council personnel who continuously ignored the now ill mother’s multiple cries.

”This just looks like discrimination to me, the council has admitted I was failed, but are refusing to bring those who failed me to justice. If people are allowed to get away with failing in their duty, they will just continue to do it wherever they go. They should not get away withy it, unless those in authority were in support of their behaviour in the first place”.

Ms John sent multiple emails to various councillors between 2018 and 2019, begging to be moved after her son was threatened by hoodie thugs, but was thoughtlessly ignored as though she did not exist. The mother of three has since developed post traumatic, acute anxiety, and depression.

A representative of Ms John contacted this publication early last year, pleading for intervention to highlight the way she had been treated, and the effects it was having on her mental health. The council declined to respond to an inquiry from us until the matter was escalated to her new MP James Brokenshire, whose involvement forced the first response from Croydon Council since Ms John was moved out of the borough.

Croydon Council admitted in a response to Mp Jenrick, shown to The Eye Of Media.Com by the mother, that they failed to act quickly enough after admitting two referrals into Children’s Social Care in December 2017 and March 2018 which were not progressed into an assessment.

Councillors at Croydon’s incompetent council ignored over 30 emails from Ms John, who was desperately begging to be moved out of the gang ridden borough, after her son was threatened by a gang.

Following his first stabbing in November, 2018, she stepped up her complaints and pleas to be moved, but was mindlessly ignored each time.

The council response included an admission they failed Ms John and her son, but since their admission, have done nothing to compensate her or hold the offending parties to account.

”A further referral in May 2018 which was progressed to an assessment experienced significant delay in completing this assessment, and the allocated social worker left in September without completing it, they said. It was reallocated and completed in early October with recommendation to progress to a Child in Need plan.

”Although the plan was completed by the Council’s Assessment Service and subsequently transferred Na-sharn to Adolescent Services, the allocated social worker, Mr Gbassah, did not contact the family for three weeks until 7 November 2018.

On the same day Ms John had emailed police as she was worried about her son who she said was scared and at risk. The following day the Gangs Team alerted her social worker that they had received intelligence that [son] was at risk from two members of a gang.

On 10 November [he] now 20, was stabbed with a small wound to his upper right arm. He would not speak to the police and Children’s Services were unable to engage him either. The police did fit a safety alarm on the property and Ms John was advised to present herself as homeless.

However, no immediate action was taken to effectively address her crisis.

Although the social worker supported her move by providing information and confirming the family to be one at risk, the process was dogged by bureaucracy.

”The housing department explored a managed move via the Safer London Gangs Exit programme but this had to go through our tenancy team and there was a delay in getting this progressed, a response from the council read.

”On 14 January 2019 the housing department supported Ms John and her son for an urgent management transfer and offered to support them to move to a private rented property anywhere in the country.

Although the search continued the family had to remain in their property as there was no other option at this point due to Ms John’s request and the arrears”.

Her young son was stabbed on the second occasion on 3 March 2019 and was hospitalised on this occasion. He was discharged on 5 March and the family were placed in the Holiday Inn in Croydon.

After Ms John presented herself as homeless to Bexley who placed her in temporary accommodation in Gravesend to assess her application. She and her son,  were eventually rehoused in September, 2019.

The email from the council to Mp Brokenshire continued; ”Having reviewed the case file I can see that the quality of service offered to Ms John and her son was not of a standard that I would have expected. We had an opportunity to work with [her son]in December 2017 and March 2018 and could have assessed the needs of the family at either of these points.

When we did assess in 2018 there was a significant delay in completing this, and in the new social worker from Adolescent Services contacting the family for Child in Need work.

”Although the social worker assisted Ms John in her application to move in November 2018, he was not proactive in moving this forward for her. He also did not visit the family as regularly as he should have.
However, I am unable to address this with him or his manager as they have both left the authority”

The council confirmed that most of the councillors who let the family down have left the authority, the implication being a potential of similar levels of negligence elsewhere.

Every one of those incompetent councillors and the two social workers that put neglected Ms Jones to be tracked down and held to account. There must be no hiding place for them.