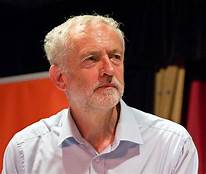 British politics is facing a fresh crisis as cross parties are plotting a plan to back Jeremy Corbyn in a bid to outs Boris Johnson by putting Corbyn as caretaker of the British government.

This scenario can arise if a vote of no confidence in the government attracts enough support for Corbyn Lib Dem leader, Jo Swindon has agreed to meet Jeremy The SNP and Plaid Cymru have already expressed a willingness to support a Corbyn led government just to prevent a no deal Brexit.  Other Conservatives have also expressed a willingness to meet Corbyn and consider backing him in a bid to stop Boris Johnson from having his way with a Brexit no deal.

Johnson’s determination to get Britain out of the EU, deal or no deal has sparked huge concern among those who consider his plans to be catastrophic for the British economy. The prime minister has also said he prefers to achieve a deal  for leaving Brexit, but will get Britain out of The EU and honour the 2016 referendum,if no deal materializes. Johnson’s critics say the British public did not understand the full consequences of the referendum, and would not have wanted Britain to leave without a deal.

Political factions strongly against a no-deal are consolidating  their positions in the wake of Corbyn’s idea, with MPs against b Boris Johnson’s Brexit strategy planning to jump on board.

The opposing views are now coming to a heads, and even some Conservative MPs opposed to no-deal have indicated they would hold talks with Jeremy Corbyn to consider his offer.The Liberal Democrats are gradually being influenced to back Jeremy Corbyn as a caretaker prime minister to stop a no-deal.

Political factions strongly against a no-deal are consolidating  their positions in the wake of Corbyn’s idea, with MPs against  Boris Johnson’s Brexit map, planning to jump on board. After branding Corbyn’s plan as “nonsense”, the Lib Dems have been heavily persuaded to consider the plan and are being strongly urged by those in favour of joining Corbyn.

Fresh Lib Dem Mp Sarah Wollaston said support for Corbyn to avoid a no-deal Brexit would be “the lesser of two evils”.

A Corbyn led government just to stop a no deal Brexit may be considered better than a no deal to many, but could also create other problems if he gets into power, even temporarily. Once Corbyn is giving the opportunity to be caretaker prime minister, he could successfully wooo the British public into keeping him there.The anti Corbyn Brigade are not likely to do a turn around overnight, but if some Conservative Mps and Mps from other parties back him, his confidence will rise and his leadership may gain a sharp momentum.

Corbyn notably does not have a good relationship with U.S president Donald Trump, and lacks the needed tact to maintain the historical relationship between Britain and America. He is also bizarrely against Britain having an army. Corbyn still needs to find more numbers to support his idea of a caretaker government the numbers needed to form a caretaker government. A number of Mps will not back him no matter what.

Three Conservatives  namely; Dominic Grieve, Oliver Letwin and Caroline Spelman , and Nick Boles, a former Tory who is now independent, all agreed to meet Corbyn to discuss possible ways to block no deal. Spieldman in particular insisted  there was no circumstances in which she would vote to make Corbyn prime minister.

Yesterday, Boris Johnson accused collaborators trying to block a no deal of increasing the chances of a no deal because their actions strengthen the view by the EU that Brexit can still be stopped in Parliament.