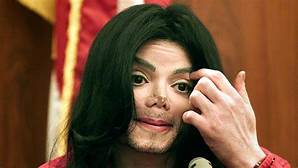 A new documentary launched by friends of Michael Jackson aimed at exonerating the late star will not influence public opinion much.

Apart from the obvious lower reach of the film- to be aired on Amazon and youtube- than the one aired on HBO and Britain’s broadcasting Channel 4, most people would already have been convinced by the first documentary.

The new documentary called Chase The Truth has been released, defends Michael Jackson by casting doubt on the motives of his accusers purported to be money orientated. Money is always a potential hidden motive behind allegations, but the rich and famous cannot always successfully hide behind the always present suspicion of pecuniary motives that often inevitably accompanies allegations.

The child sex abuse allegations made in the controversial Leaving Neverland documentary were compellingly detailed and delivered with a natural air of conviction. The idea of a quick fix dismissal through the release of a documentary by interested parties has a stench attached to it.

Leaving Neverland, which split opinion when part one aired in the UK earlier this year. It focused on testimony by Wade Robson, 36, and James Safechuck, 41, who both claim that Jackson sexually abused them when they were children. In the wake of the film being shown, Jackson’s songs were subsequently banned on numerous radio stations around the world.

The  documentary, released on Amazon Prime, Youtube and other streaming services will be viewed in the similar vein of an attorney trying their best to get their client acquitted.  Viewers will remember how Safechuck spoke of Jackson ordering him to go and fetch a blood stained pant so t could be discarded.

He spoke of how Jackson’s attention switched to another new boy who the late star began to spend time with, making him jealous in the process. If the allegations are fictitious, Jackson exposed himself to those by his clearly inappropriate practise of spending so much time with very young boys in private, and showering them with so much gifts.

“Acquitted in life, back on trial after death,” reads the synopsis. “Michael Jackson: Chase The Truth takes an investigative look into the legal battles of the global superstar. Close friends, former staff and researchers paint an intimate portrait of Jackson’s complicated world and put allegations of sexual abuse under the microscope.”

Released this week, the film features testimony from Jackson’s former bodyguard Matt Fiddes and actor Mark Lester – who claim that Safechuck and Robson’s abuse claims were fictitious and motivated by financial gain.

“It’s always financial,” said Fiddes in the film. “It’s hard to understand how these allegations can be true.” How speculative and convenient for someone who was never present to make these comments. On the contrary, kt is easy to understand, because paedophiles unfortunately exist in the world today.

Read more: “More victims will come out” – Leaving Neverland director Dan Reed on Michael Jackson’s toxic legacy
Sharing the trailer on Instagram, Fiddes wrote that he “expects Wade and James are hiding behind a rock along with Dan Reed somewhere with embarrassment right now!”

He continued: “I would love to invite Wade, James and Dan Reed to come and challenge us on live UK TV about the man we knew, our friend Michael Jackson.

Fiddes added: “We don’t need four hours of edited footage to show the truth about our friend and the lies about him. I have had enough of this nonsense. We told the truth in one hour! He is not even here to defend himself.