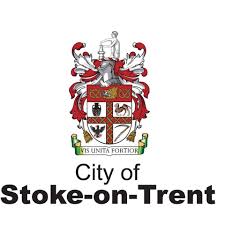 Stoke On Trent Council is undergoing a serious crisis and  has revealed plans to cut 248 jobs in an attempt to improve children’s services.

The council which was on the receiving end of  criticism by Ofsted in March of being inadequate launched a consultation this week inviting members of the public to comment on proposals to free up £5.5 million.

A source from Stoke On Trent Council that chose to remain anonymous, told The Eye Of Media.Com:

” These plans to cut jobs will not improve the situation, it will worsen it. The problem here seems to be the government’s reluctance to inject sufficient funds into the council to solve its problems. Putting people out of work in an attempt to rectify the council’s inadequacies is not the way forward.  What staff need is continued  better training and more funds.

I hope people see this and oppose the plans”

The council has now unveiled plans to review contracts and controls on “all non-essential spending”, as well as staffing. The money would be diverted to invest in changes to children’s services and to cover rising numbers of care placements. Stoke On Trent council were exposed after Ofsted revealed that children were being left at risk of significant harm due to cases being closed inappropriately.

Ofsted found that social workers were not receiving one-to-one supervision with managers, and children were being placed chaotically into care, “frightening and unsettling” them. A

The Ofsted inspection report highlighted the need for better practice oversight and improved staffing capacity. Meanwhile, a report prepared for Stoke’s cabinet meeting on 20 August said the Cabinet approved the further saving proposals for 2019/20 to underpin ”Investing in Children”, to be subject to a period of It states it is  holding a consultation from 12 August 2019 – 25 September 2019.

The report states that in ”balancing the challenges of the budget the council continues to invest in vital services that are important, with significant investment (£138.2 million) being made to support the most vulnerable residents in the city”.

It adds that it “has been working closely with the DfE, Local Government Association (LGA) and regional improvement colleagues to take forward actions at pace”. The revised forecast for 2019/20 included in its report recognises emerging issues, ongoing challenges and the progress on saving proposals. The main emerging risk is in relation to Children’s Social Care.

In response to the latest Ofsted finding of inadequacy n the council’s children’s services, the city council has developed“Investing in Children”, which is underpinned
by an improvement strategy, the report states.

But an ‘Investing in Children’ programme being implemented to drive progress, combined with children in care numbers rising to 890, had placed an extra £5.5 million stress on budgets, which have been cut by £194 million since 2011, the report said.

The 248 job cuts proposed include 40 within adult social care to  be achieved through a restructure to move from “traditional silos” to “a more appropriate community focused and asset based structure”, including building on integrated care teams within the NHS and links with housing.

About 70 job cuts will come from parks and street cleaning. Nine would be from human resources. The council said most of the planned cuts, which also include 86 vacant posts, would be met via voluntary redundancies. It is also proposing tighter controls on spending around recruitment and travel.