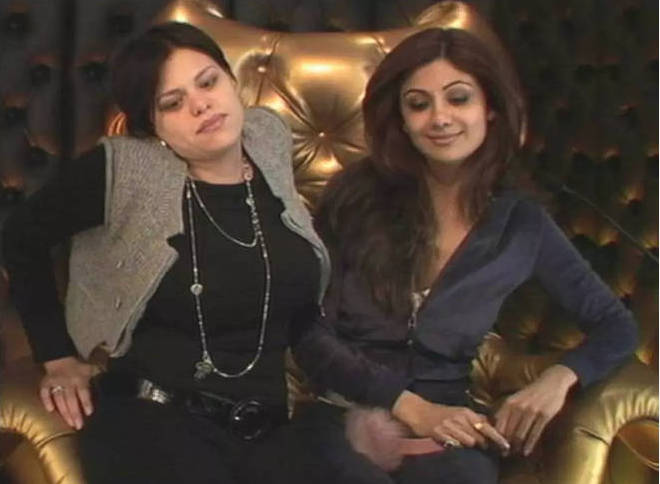 The ‘race row’ between Jade Goody and Bollywood star Shilpa Shetty  in 2007 has horrified viewers after it was shown on Channel 4 last night as part of three part documentary.

The footage was aired as part of the second episode of the documentary about Jade’s life. Jade died of cancer a few months after the show, shocking the British public after she had become a national character on the big brother realty show.

Archive footage was  shown on Channel 4 featuring Jade shouting at Shilpa.  The show’s presenter, Davina Mccall who was interviewed for the documentary told viewers: “I remember thinking this is a bad combo.

“Three British young girls all coming together and forming a gang basically. It started to be bullying”, she said,

GOSSIP
Viewers were taken down memory lane as the girls gossiped about Shilpa in the bedroom before Jade called her “wolf boy” as Shilpa bleached her facial hair. Danielle Lloyd  ridiculed Shilpa’s Indian accent in an embarrassing show of racial discrimination shown on national television. Jade then fumed:

“You may be a princess where you come from but here you are a housemate like everyone else. You are so far up your own a*** you can smell your own s***. You are f***ing ridiculous.”

Jade proceeded to referred to the Bollywood actress as “Shilpa Poppadom” during a chat with Danielle.

The CBB series attracted a total of around 40,000 Ofcom complaints.  The third and final part of Jade: The Reality Star Who Changed Britain will air next Wednesday 21st August on Channel 4.