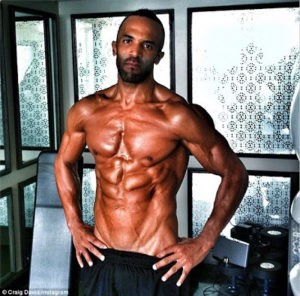 The singer is set to perform at the Rochester castle concert series on Thursday, July 13, and the venue. The gig will form part of his long awaited UK tour which kicking off tonight in Cardiff.

David’s debut album ‘Born To Do It’. reached number one in 2011 putting Craig back at the top with his latest album. Boasting a huge fan base over several decades, tickets for this open air gig are tipped to sell very fast. Ticket sales begin from the 30th of March right up until July 13, but tickets are expected to sell out well before July.

Older fans from his hay days in the 90’s will look forward to the return of the star, with the best classics and hits from his latest album to be showcased before his audience. The theater holds 4,500 people, and the auditorium is expected to be packed for the summer event.

Head of events at Medway Council, Cllr Howard Doe, said: “This show is going to be a real treat for fans.

“The small and unique venue creates a wonderful atmosphere, quite an exclusive feel as only a lucky few get their hands on tickets compared to larger arenas like the O2.

“I know we always say it, but those who want to get their hands on tickets need to be quick in order to avoid disappointment.”