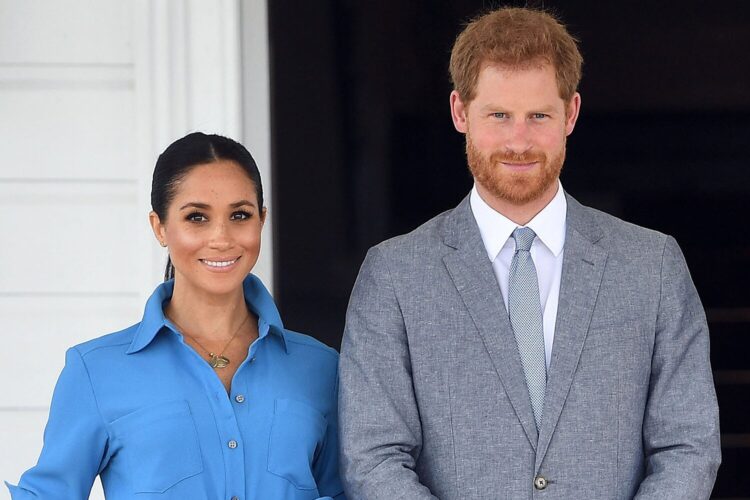 Strong concerns have been made that the Duke and Duchess of Sussex will not christen  their second child Lilibet Diana Mountbatten-Windsor, who was born in Santa Barbara, California, on June 4 this year, according to  reliable sources.

Meghan Markle and Prince Harry  are expected to miss an October 19 Kensington Palce event celebrating the life of Princess Diana.

It was expected that the couple, who named the four-month-old after the Queen’s childhood nickname, would christen their child at Windsor Castle in front of the monarch – who is yet to meet her great granddaughter.

Sources have now revealed that the pair will choose to christen their daughter at the Episcopal Church of the US, rather than the Uk, as epected, and is conventional practise among royals.

There is also  concern  being expressed in many quarters as to when the Queen will ever get to meet her great granddaughter in person.

It also comes just days after it was revealed that Prince Harry was not expected to return to Britain next week to join his brother Prince William at a party to honour their late mother.

It is believed that the couple may have decided against christening in the U.K because they have stepped down from royal duties.

However, stepping down from royal duties does not necessary meaning totally abandoning the most important practices of the Monarchy.

The Episcopal Church of the U.S, which is member church of the worldwide Anglican Communion, is run by Bishop Michael Curry who became an internet sensation after he delivered a 14-minute sermon at the couple’s wedding at St George’s Chapel, Windsor, in 2018.

Commentators say that if the Duch and Duchess Of Sussex  baptise their daughter at the California church,  Lilibet will naturally not be considered a ‘member’ of the Church of England because of where she would have been christened.

All members of the royal family are expected to follow the  same tradition when it comes to traditional practices associated with the church, like christening.

Analysts belief the media tension built up since their controversial interview with Oprah Winfrey and the subsequent drama with Piers Morgan would likely be affecting their mental state of thinking.

Lilibet’s brother, Archie, was also  secretly christened by the Archbishop at St George’s Chapel, Windsor, in 2019.

Sources have now revealed that a christening in the UK was ‘highly unlikely’ and the pair will instead op to christen their daughter at the Episcopal Church of the US.

Just 25 guests were present at the baptism, which saw Archie Harrison Mountbatten Windsor christened in a private chapel at Windsor Castle, but the couple only released photographs celebrating with their immediate family.

Although details of royal babies’ godparents have always been made public in the past, Harry and Meghan refused to confirm any names for Archie.

The couple went on to face significant backlash over their insistence that the 25-person ceremony would remain private and the identities of Archie’s godparents would not be revealed at the time.

The Dean of Chelmsford, Nicholas Henshall, told the BBC: ‘Baptism should never be private. It’s a public demonstration of God’s love.’

In August, royal commentator Richard Fitzwilliam told the Express the couple will ‘do things their own way’ with their daughter Lilibet.

William To Be Absent From Party To Honour Princess Diana

This week it was revealed that Prince Harry  was not expected to return to Britain next week to join his brother Prince William at a party to honour their mother.

At the heart of any such decision not to come to the Uk, and the Queen not seeing her grandchild, is likely to be  an ongoing tension between the couple and the media, as well as certain members of the royal family.

It will be a bad reflection on the the Duch and Duchess Of Sussex if they leave it too long before the Queen sees her grandchild.

Harry and the Duke of Cambridge are schedulled to unveil a statue of their mother at Kensington Palace on her birthday, but the arrangements are on hold , due to a longstanding rift between the brothers.