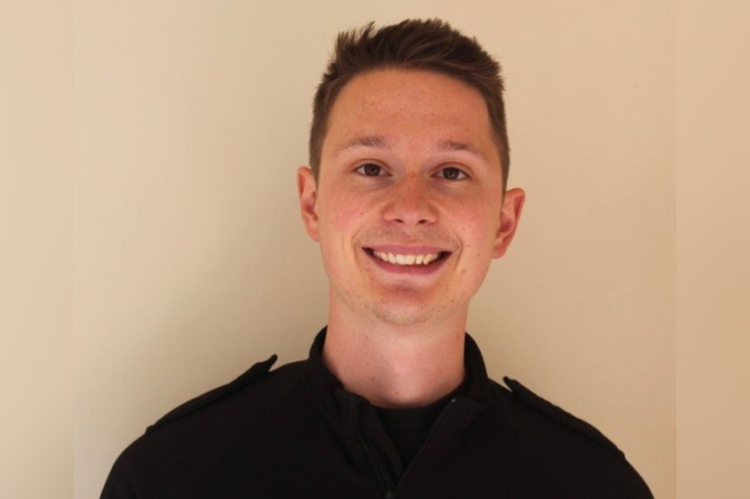 A Cambridgeshire police officer  has shared his story of how he was left hospitalised by an attack by a mentally ill man which  left  him hospitalised for over a week, and needing surgery after he was left with a bleed on the brain following an attack while on duty.

PC Leo Clarke, 25, (pictured)has spoken out about the assault and his recovery in a podcast released by Cambridgeshire Constabulary.

The officer said he was working the late shift in Peterborough, when he was called out to a house in Ledbury Road, Peterborough, after a man became violent towards family members.

The man, who was in his 20s,  turned out to be a mentally ill man who had missed a psychiatric appointment at Peterborough City Hospital that morning. PC Clarke says: “It’s unknown to most people, police turn up to mental health jobs now.”

The man who attacked PC Clarke, Joshua Gull, was arrested and later sentenced to one year and eight months in jail after admitting causing grievous bodily harm (GBH) without intent. In a victim impact statement read to the court during the sentencing, PC Clarke explained how he was left feeling like a burden on everyone during his recovery, because he was left unable to do the things he had always enjoyed and felt like a prisoner in his own home.

He adds: “We’ve sort of had to adapt and take on more jobs because every service is stretched at the moment. We might not be experts, but we’re there to make sure people are okay.”

During the incident, PC Clarke activated his body camera after trying to manage the situation by keeping members of the family separate failed. The man reacted angrily, by grabbing the officer and punched him in the head.

PC Clarke had also used PAVA spray and a baton to try to keep the man away, and says that “with the adrenaline” things got a bit “blurry”. He called for additional police officers – in the audio from the body camera, you can hear PC Clarke saying that the man “tried to have a fight with me”.

He remembers having to hold on to the handrail thinking: ‘This isn’t good, it wasn’t just a punch’. I went into the office and my skipper’s look alone worried me. I spoke in gibberish apparently, and it was at that point they realised I needed to go to hospital.”

He was taken to Addenbrooke’s Hospital in an ambulance, and says: “I remember waking up on a table with a load of doctors around me, looking at me and cutting all my clothes off.” He needed surgery and was in the hospital from Monday night through to the Friday night.

The incident occurred during lockdown, and so PC Clarke’s parents and girlfriend weren’t able to visit him. When he was released, his bandages were removed, and PC Clarke says that he was “not happy” that half of his hair had been shaved off.

He adds: “That was the first time I probably saw the extent of the surgery. So that was quite weird. I’ve still got the pictures of that and it sort of hits home when I see them.”

Doctors had told PC Clarke that he had suffered a “bleed on the brain”, which, left unchecked, “could cause a lot of damage”. He says: “Luckily my skipper and colleagues saw something was wrong and got me to hospital early, that has helped me get back to how I am now.”

PC Clarke’s father and girlfriend picked him up from the hospital, and he went through the “long process of getting back to normal”. He returned to work on restricted duties 10 months on from the attack in December. 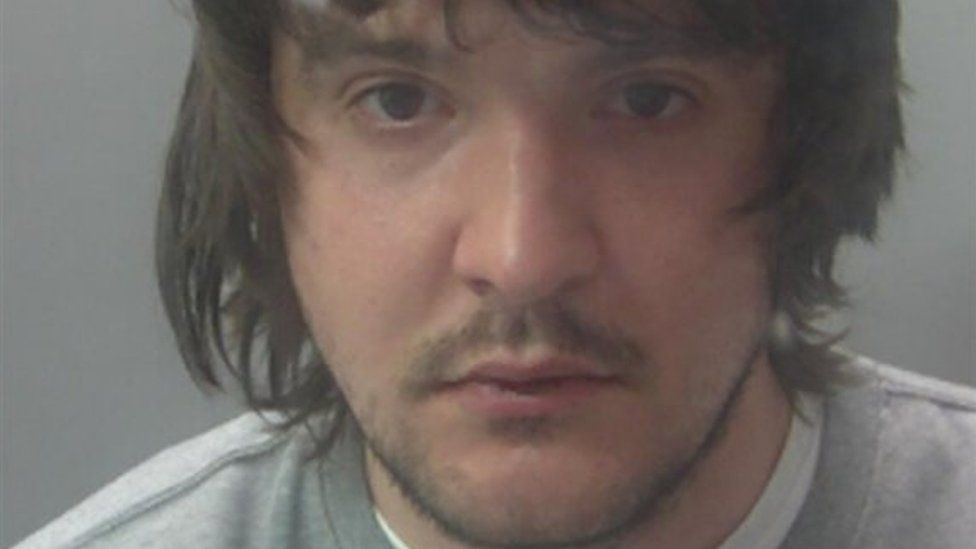 18 months later, PC Clarke has now returned to response shifts on the front line. He says: “One of the main things for police is life and limb – making sure everyone is OK. If we turn up, it doesn’t always mean you’re in trouble so don’t instantly worry and don’t take your anger out on us.

“We’ve got families as well we want to go home to, so it’s not fair. It might not be an ambulance turning up like you want, but we will get to where you need to and do our best to help you.”

The man who attacked PC Clarke was arrested and later sentenced to one year and eight months in jail after admitting causing grievous bodily harm (GBH) without intent. In a victim impact statement read to the court during the sentencing, PC Clarke explained how he was left feeling like a burden on everyone during his recovery, because he was left unable to do the things he had always enjoyed and felt like a prisoner in his own home.

Chief Constable Nick Dean said assaults upon police officers and staff would never be tolerated and were not simply ‘part of the job’. He added: “I am pleased to see Leo is well on the road to recovery, is back at work helping to keep Cambridgeshire safe and has returned to the front line and again doing the work he loves.

“I’m glad he has felt able to share what happened to him in our new podcast series, and I hope his story brings home the reality of the work police officers do on a daily basis to protect others. It should be remembered that police officers and staff are people, they are fathers, mothers, sons and daughter