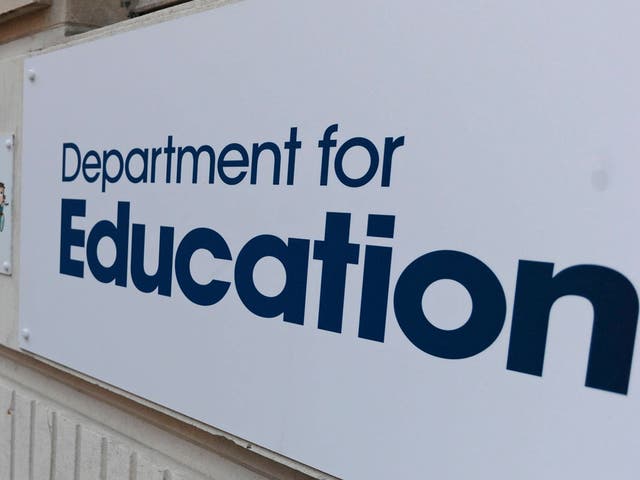 British Universities are set to improve outcomes for disadvantaged children by driving up education standards in schools and colleges in the local community, which could include providing activities like tutoring.

Universities will also be required to set new ambitious targets to support students throughout their time at university, by reducing dropout rates and improving progression into high paid, high skilled jobs.

Under new plans by the Department Of Education, universities will be expected to improve education outcomes for disadvantaged students in schools and colleges across the region, using a number of measures.

Those measures could  include running a summer school, supporting curriculum development, or offering students and lecturers to tutor pupils.

The Department Of Education said there will be a shift away from working only with those pupils with the potential to go onto university, as well as marketing activities that just benefit universities to an approach that improves education attainment.

The Uk Government has also today  announced an £8million investment to remove barriers to post-graduate research for Black, Asian and minority ethnic students, with projects looking at admissions and targeted recruitment.

Minister for Higher and Further Education Michelle Donelan wants student’s outcome after university to be as important to providers as a student’s grades before university.

Disadvantaged youths aspiring to higher education will have the support through school, college and university. to get there and achieve a positive outcome for themselves.

Universities to rewrite their plans around access and participation with tough, ambitious targets to increase the proportion of students studying degree apprenticeships, higher technical qualification or part time courses.

All access and participation work will need to be focused on actions that support learners, with needless complexity and bureaucracy cut out.

The reboot of universities access and participation plans will play a key role in the Government’s levelling up agenda and the national focus on improving the skills gap in disadvantaged areas. The Office for Students will ensure that the new plans focus on the following priorities:

The Office for the children’s commissioner wants universities to move from just getting disadvantaged students through the door, to admitting them onto courses that deliver positive outcomes.

Included in the ambitious plans is for universities to tackle dropout rates, and support them through university to graduation and into high skilled, high paid jobs.

Among future plans is for universities to offer more courses that are linked to skills and flexible learning such as degree apprenticeships, higher technical qualifications and part time courses.

It also plans to cut out complexity and bureaucracy from access and participation plans,  and giving universities more time to focus on disadvantaged learners.

The reform will be the first task for John Blake who today has been appointed as new Director for Fair Access and Participation at the Office for Students.

After a career in teaching and education policy, John now leads on policy and political issues related to schools, education, and wider social impact for Ark, a charity which operates one of the most successful multi-academy trusts in the country, Ark Schools.

He will draw on his experience of highly successful schools and social reform charities in order to improve academic attainment through the country’s world class universities.

The Department for Education has been clear that universities’ plans should be clear and comprehensible to students and parents and should be available on university websites.

John Blake, new Director for Fair Access and Participation at the Office for Students said:

”I am delighted to be appointed as Director for Fair Access and Participation. I look forward to working with universities and colleges to ensure that young people from all backgrounds are able to access the education that is right for their achievements and aspirations.

I am especially keen to see further development of partnerships between higher education providers and groups of schools to improve attainment for disadvantaged young people throughout their schooling, providing them the knowledge, skills and experiences they need to access higher education.

But attainment and access are only the first steps: they need to be matched by participation and success. It is crucial that students are able to study on high quality courses which meet their needs, and are then supported so they are ready to embark on rewarding lives and careers after graduating.

”There’s no doubt pupils benefit from additional educational interactions with University lecturers and students. I saw an example of it first hand when I was a teacher.

As Children’s Commissioner I have conducted this year, the largest survey of children, ever, one thing that came through very strongly from children across the country and across all backgrounds was how much a good, stable career and future was a key priority for them.

Post pandemic, children are ready to learn, keen to get on, but they want the best support to help them achieve that goal. Universities and schools should the play the most important part in making that a seamless journey from childhood to career.

Alongside this work, there is a intervention to ensure improved access and participation at a postgraduate level. Thirteen new projects, worth nearly £8million, will attempt to tackle persistent inequalities that create barriers for Black, Asian and minority ethnic students to access and take part in postgraduate research (PGR).

The projects, worth nearly £8 million, are innovative in scope, scale and focus to an extent that has not been seen in England before.

The investment, by Research England – part of UK Research and Innovation (UKRI) – and the Office for Students (OfS), is well spread geographically, across English higher education providers and their partners.