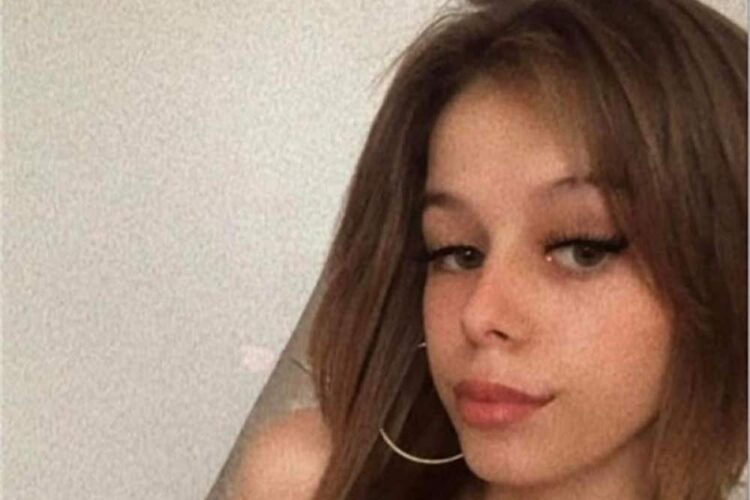 A body has been found during the search for a missing 18-year-old woman in Plymouth, police have said.

Bobbi-Anne McLeod was reported missing on Saturday after she failed to meet friends in the city.

Detectives investigating the disappearance of Bobbi-Anne McLeod have  now launched a murder investigation and arrested two men on suspicion of murder.

Her headphones and a cigarette pouch was found near a bus stop.

Sadly, earlier today the body of a woman fitting her description was located near Bovisand.

Formal identification is yet to be carried out, but the body found is believed to be that of the missing teen.

Devon and Cornwall Police said two men, aged 24 and 26 and both from Plymouth, had been arrested on suspicion of murder.

A search was carried out in the area based on information received by police.

Officers had been conducting searches and inquiries across Plymouth, supported by a police helicopter.

A road remained closed by police at Bovisand on Tuesday evening
A Facebook page set up to help find Ms McLeod attracted more than 10,000 members.

The leader of Plymouth City Council tweeted: “I am sure that the shock of this tragedy will not just be felt in Leigham but across the whole of our city.”

Councillor Nick Kelly added: “I know everyone will stand with me when I say that all our thoughts are with her family and friends at this devastating time.”

The Labour MP for Plymouth Sutton and Devonport Luke Pollard tweeted: “It is devastating news for our city that a body has been discovered in the search for missing Bobbi-Anne. My thoughts and love are with the family.

“We await news from the police but this is another dark day for our city. Let’s pull together in the same way we did after Keyham.”

Police said investigations continue and anyone with information is asked to contact them.

At a press conference on Tuesday evening, Ch Supt Matt Longman said: “This is weighing heavy on the people of Plymouth tonight, it really is.

“And I would just like to send my thoughts to the friends and family of Bobbi-Anne; that actually feels like it’s a relatively inadequate thing to say at such a time.

“But we are continuing to do everything we can to understand exactly what’s happened around this event.”

He also thanked his teams and the public for their “dedication and efforts” and “working hand-in-hand tirelessly really over the last few days to try and find the location of Bobbi-Anne”.

Smeaton’s Tower in Plymouth will on Wednesday evening be lit purple, the national colour used when shining a light on abuse and violence towards women.

Johnny Mercer, MP for Plymouth Moor View, tweeted: “I’m devastated that something like this could happen in Plymouth. We are a close-knit, deeply proud and community centred city.

“All of our thoughts and prayers are with the family of Bobbi-Anne at this awful time.”

The motive of the murder has not been established and is expected to surface in the murder trial.