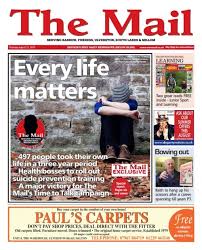 A British reporter misread her own notes and reported inaccurate information about a convicted drink driver which was published, The Eye Of Media,Com has heard.

South Cumbria daily The Mail accepted the breaching the Editors Code Of Practise following the complaint by the female convict  to the Press Standards Organisation, whose identity has been withheld.

The woman in question  had been found guilty of drink-driving, but objected to two stories relating to the case which were published by The Mail.

The first  article erroneously reported the woman to have failed to appear before court, and that a warrant had been issued against her, while the second reported she had admitted to drink-driving.

Complaining under Clause 1 (Accuracy) of the Editors’ Code, the drink-driver she  she was the victim of inaccurate reporting.  She said she had been excused from attending the court and that no warrant had been issued.

Under Ipso’s guidelines, the shortcoming falls under significant inaccuracy, and requires all misleading and distorted statements to be corrected.

Conceding error, the Mail  explained that a court reporter had attended the first hearing and had misread his notes after his return. He falsely believed that a warrant had been issued when it had not.

The reporter  also erred in the second story, having confused the English drink-driving limit with the Scottish limit.

The Mail published corrections both online and in print in relation to both articles. It also offered to delete both of the online, resolving the matter to the woman’s satisfaction.

Ipso’s ruling stated that the issue was  successfully mediated,  so Ipso did not make a determination as to whether there had been any breach of the Code.

Accurate reporting is a fundamental requirement for responsible journalism, and the onus is on individual reporters to have due diligence when putting facts together. False information can be damaging to the subject of an article, potentially leaving indelible scars on them. The reporter in this case was grossly negligent to make the scale of errors he did.