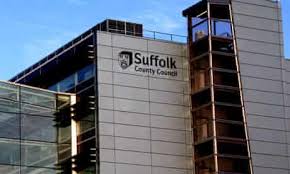 About 1,000 school pupils across Suffolk have been forced to self-isolate in the last week due to the impacts of coronavirus, The Eye Of Media.Com has heard.

A total of 967 pupils and 49 members of staff in the county were forced to self-isolate in the last week, after 76 cases of coronavirus were recorded among students and staff in 45 schools.

Under government guidelines, anyone deemed to have been in “close contact” with an infected person should self-isolate at home for 14 days.

According to the NHS, close contact refers to face-to-face contact (under one metre) for any length of time, or being between one to two metres next to someone for more than 15 minutes.

. Hillside Primary School in Ipswich has closed until the end of the current national lockdown, where there have been five confirmed cases of Covid-19.

The school, which serves the Maidenhall and Stoke areas of town, was forced to close because of the impact this, combined with usual sickness, had on staffing levels.

Jack Abbott, Labour spokesman for education at Suffolk County Council and a governor of Hillside Primary, said he believes a mass testing regime should be made available for schools to help staff and ensure children do not miss out on vital education.

Mr Abbott is exploring using a proportion of the council’s hardship fund could go to laptops for disadvantaged children.

He told The Eye Of Media.Com: “Every week we are seeing hundreds of pupils missing out on their education and dozens of teachers having to isolate because of the government’s failure to fix test and trace and introduce a mass testing regime in schools. We don’t need it to be world-beating, we just need it to work.

“We know that the digital divide is significant – if we have had 1,000 children off school in the last week alone, how many are not learning because they do not have access to a laptop?

“Teachers and schools have been unbelievable and have gone over and above in helping children and young people throughout this pandemic. But education has been treated as an afterthought by the government – unless they finally get a grip on testing, I fear this disruption will only continue.

Similar self isolation impositions are taking place in Brentwood High School after one student’s “bubble” to stay home for a fortnight . Pupils will now have the task of continue their academic  development at home. Not all pupils have the benefit of extra support at home , and many use the opportunity to play with gadgets and watch television.