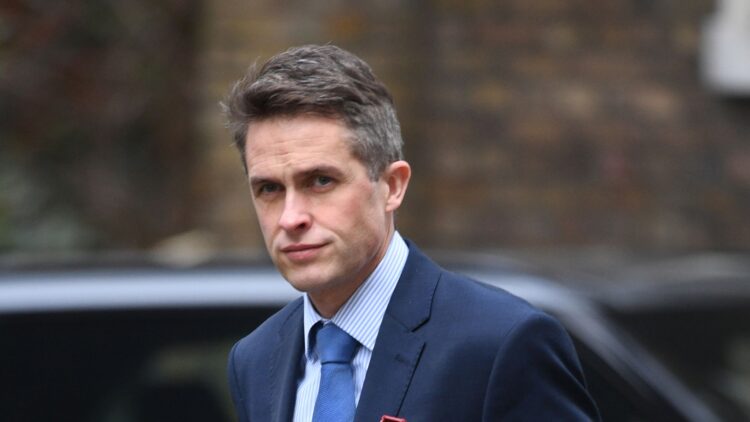 Claims from British ministers that the arrival of a vaccine in the Uk is due to Brexit, and puts Britain on a higher pedastal than other European countries, and even America has drawn criticism and is stoking tensions in its relationship with the bloc.

EU officials are viewing the UK with red eyes, and finding ministers arrogant in their wide claims crediting the arrival of a vaccine to battle the coronavirus. Listeners of BBC Radio 5 today criticised Gavin Williamson and Matt Hancock for praising the Uk for being much better than EU countries. It is believed that one or both ministers may be required to clarify their comments or withdraw it.

Education Secretary Gavin Williamson’s added voice  to a brewing tension  after suggesting the UK secured approval of a coronavirus vaccine before close allies France, Belgium and the United States because it is a “much better country”. Williamson was expressing patriotism as a proud Brit, but it appears to have backfired.

EU officials now think the Uk is being snobbish and could affect their negotiating commitment, although they say they are determined to find a deal. Our American counterparts may also be watching with a bitter  taste. They need to find a way to amend the effect of these comments. Most observers believe the comments were badly timed.

Expressing nationalism in the midst of tense Brexit talks is not advisable, and less ideal with the grey air of uncertainty surrounding how the relationship between the Biden administration and the British government could turn out. Things spoken can  sometimes have a harmful effect on the big picture.

Williamson’s comments on LBC  radio on Thursday in response to a question as to whether Brexit was to credit for the UK being able to approve the vaccine ahead of other countries has irritated members of the public, as much as it has upset EU officials and probably the U.S too.

He added: “That doesn’t surprise me at all because we’re a much better country than every single one of them.”

However, Sir Jeremy Farrar, the director of the Wellcome Trust and member of the government’s Scientific Advisory Group for Emergencies (Sage) on the same day warned: “Vaccine nationalism has no place in Covid or other public health matters of global significance.”

He added: “Science has always been the exit strategy from this horrendous pandemic – that science has been global and has needed unprecedented global partnerships & global financing.

Mr Williamson was questioned in relation to mr Hancock’s claim that the introduction of the vaccine was because of Brexit has  also stressed tensions which sparked negative reactions from EU leaders. He said European countries are “moving a little bit more slowly” and stressed the vaccine had gone through all the proper checks, but Germany has said it deliberately did not move too quickly to boost confidence it will work.

Mr Hancock’s comments yesterday to Times Radio that other European countries were moving at a slower pace has irked a number of European leaders.  He told the broadcaster: “because of Brexit we’ve been able to make a decision to do this based on the UK regulator, a world-class regulator, and not go at the pace of the Europeans”.

“We do all the same safety checks and the same processes, but we have been able to speed up how they’re done because of Brexit,” he added. The comments are stoking tensions given the sensitivity surrounding Brexit. European countries are still unhappy about Brexit and are naturally irked by such comments.

Business Secretary Alok Sharma’s celebration of the vaccine as one to go in history to have been led by Britain did not go down well either. She claimed: “In years to come, we will remember this moment as the day the UK led humanity’s charge against this disease.”

But the message riled a number of German politicians, including the country’s ambassador to the UK, Andreas Michaelis, who tweeted in response: “Why is it so difficult to recognize this important step forward as a great international effort and success?

“I really don’t think this is a national story. In spite of the German company BioNTech having made a crucial contribution this is European and transatlantic.”

He said: “The information in the last few weeks was based mainly on press releases and much of the data has only been available to the authorities for a few hours.

“With such a large-scale vaccination campaign, you have to look carefully and carefully check the information provided by the companies.

“I have confidence in BioNTech, but they rightly say ‘trust is good, control is better’.

“Emergency approval is a tool normally intended for patients suffering from a serious and incurable disease for whom there is no other means of saving life or physical integrity. This is not the case with Corona.”

“A few weeks of thorough examination by the EMA is better than a hasty emergency marketing authorisation of a vaccine.”

Dr June Raine, chief executive of the Medicines and Healthcare Products Regulatory Agency, clarified on Wednesday that the vaccine’s approval was made using provisions under European law, which still binds the UK until the end of the year. Her comments have no bearing on the fact the the Uk led the first introduction of the vaccine, especially if eventually successful.

What Dr. Raine’s comments confirm is the hard feelings about the outcome of Brexit itself, talk less of the uphill challenges to making it work smoothly.

Germany’s’s ambassador to the UK, Andreas Michaelis, had tweeted in response: “Why is it so difficult to recognize this important step forward as a great international effort and success?

“I really don’t think this is a national story. In spite of the German company BioNTech having made a crucial contribution this is European and transatlantic.

Hancock also said he was ready to take the vaccine on television to combat the antivaxers.

Talks to reach a post-Brexit trade deal have currently been paused, because UK and EU negotiators say “significant divergences” remain. A deal still remains a long way away.