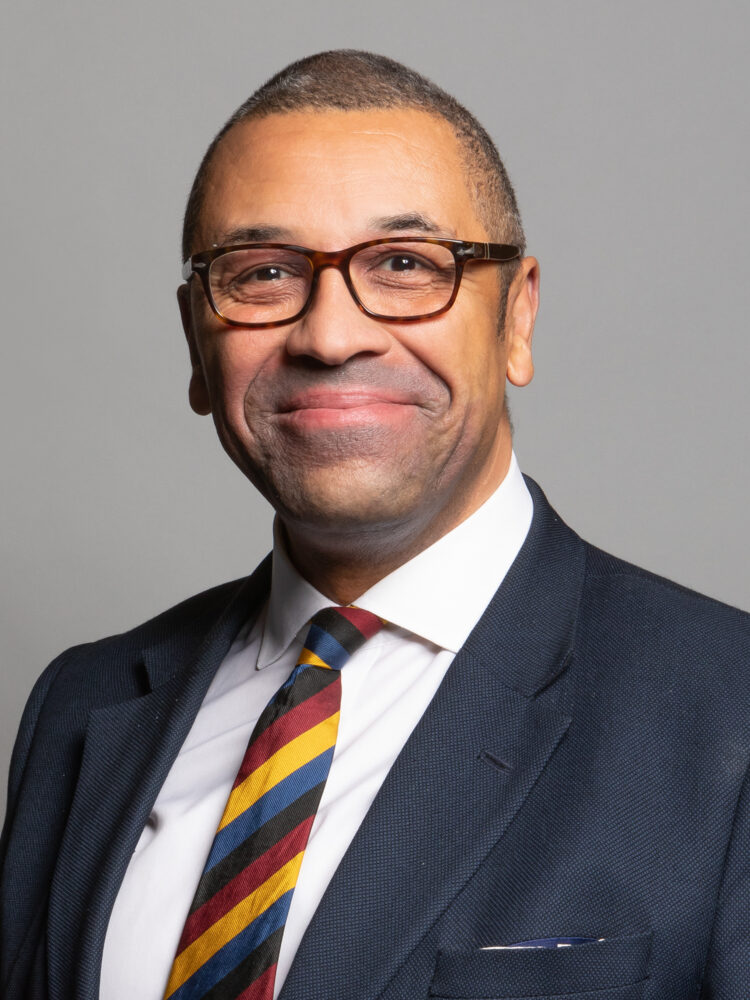 The UK has announced a package of sanctions in response to the Russian regime’s illegal sham referendums in Ukraine.

The sanctions are directed at top Russian officials enforcing the illegal votes in 4 regions of Ukraine, as well as ‘Putin’s favourite PR agency’.

The government also targeted oligarchs with a global net worth totalling £6.3 billion and board executives from major state-owned banks.

The Foreign Secretary today, James Cleverly, (pictured)announced 92 sanctions in response to the Russian regime imposing sham referendums in 4 regions of Ukraine – a clear violation of international law, including the UN charter.

The Uk government today stated that the Russian regime has organised these sham referendums in a desperate attempt to grab land and justify their illegal war. The process reflects their approach in Crimea in 2014, combining disinformation, intimidation, and fake results.

The government said the referendums do not represent the demonstrated will of the Ukrainian people and are a severe violation of Ukraine’s territorial integrity and political independence.

The U.S. and allies warned that the referendums, which are asking occupied citizens whether they want to officially join with Russia — are a step by Russian President Vladimir Putin to escalate further his war in Ukraine reminiscent of sham referendum conducted in Ukraine’s Crimean Peninsula in 2014, which Russia used as a pretext to annex the territory.

”Sham referendums held at the barrel of a gun cannot be free or fair and we will never recognise their results. They follow a clear pattern of violence, intimidation, torture, and forced deportations in the areas of Ukraine Russia has seized.

Today’s sanctions will target those behind these sham votes, as well as the individuals that continue to prop up the Russian regime’s war of aggression. We stand with the Ukrainian people and our support will continue as long as it takes to restore their sovereignty.

The Uk government said that in order to implement these fake referendums, the Russian regime has deployed officials and collaborators to each of the these temporarily controlled regions – 33 of these individuals are being sanctioned today. These include: Sergei Yeliseyev: the Head of Government in Kherson, recently installed by the Russian government and Vice Admiral in the Russian Navy. Since defecting from the Ukrainian navy in 2014.

Ivan Kusov: the Minister of Education and Science of the so-called Luhansk People’s Republic and tasked with “helping our educational institutions to seamlessly blend in the educational system of Russia” by Pasechnik – leader of the LPR.

Evgeniy Solntsev, the Deputy Chairman of the so-called Donetsk People’s Republic
IMA Consulting, branded ‘Putin’s favourite PR agency’, has also been sanctioned. IMA has reportedly been awarded to manage the public campaigns for these sham referendums – both to support their implementation within the four temporarily controlled territories and spin their false legitimacy back in Russia.

Goznak, a security documents company known for its monopoly on the production of ‘tens of millions’ of state documents including expedited passports in the temporarily controlled territories, has also been sanctioned.

The Foreign Secretary said that Putin continues to rely on his cabal of oligarchs and selected elites in order to fund his war. Today a further four oligarchs, with a combined global net worth estimated at £6.3 billion, have also been sanctioned for supporting or obtaining benefit from the Government of Russia and operating in sectors of strategic significance. These include:

God Nisanov and Zarakh Iliev: known as the ‘Kings of Russian real estate’, and with a joint global net worth of £2 billion was also targeted with the sanctions. The pair own and control the Kievskaya Ploshchad Group, a major construction company operating across Russia.

Makhmudov has amassed an estimated global net worth of £2.7 billion
Igor Makarov: President and owner of ARETI International Group, a major investor in the oil and gas sector, and founder of Itera, Russia’s first independent gas company before being bought by state-owned Rosneft.

The government also sanctioned 55 board members from state-linked organisations that continue to bankroll the Russian war machine – serving as a stark reminder of the cost of supporting Putin’s operation.

Also targeted were 23 individuals from the Gazprombank Board of Directors and Management Board, and 16 members of the Sberbank Supervisory Board, Executive Board, and other Directors.

Ten individuals from Sovcombank, including the Deputy Chairman and members of the Supervisory Board and Management Board.

The UK will never recognise the results of any sham referendums or attempts to annex Ukraine’s sovereign territory. Ukraine voted overwhelmingly for independence from the Soviet Union in 1991 and their continued brave resistance against Russian aggression clearly demonstrates their wish to remain an independent sovereign state.

We stand united alongside our international partners in condemning the Russian government’s egregious actions. Alongside partners we will continue to pursue targeted sanctions and are committed to sustained economic and political pressure on Russia.

As of today, the UK has sanctioned over 1,200 individuals and over 120 entities, including over 120 oligarchs with an estimated combined global net worth of over £130 billion.