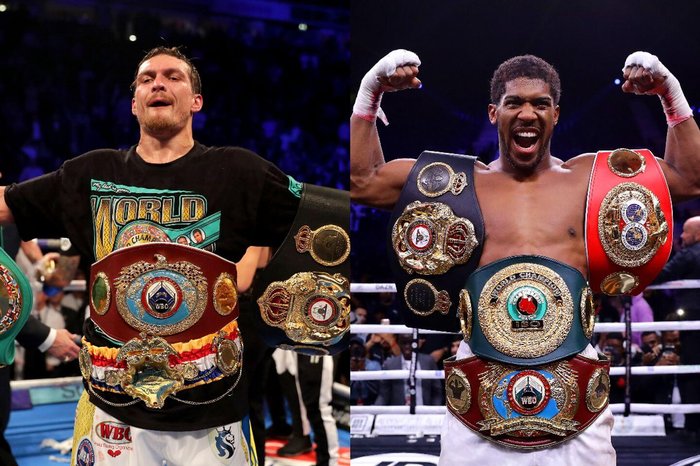 British fans will have to be double vaccinated to attend  the heavyweight clash between Anthony  Joshua and former cruiserweight champion Oleksandr Usyk.

Joshua will put his IBF, WBA, and WBO heavyweight belts on the line against former undisputed cruiserweight champion Oleksandr Usyk on September 25th at Tottenham Hotspur Stadium in London, it was officially announced today. However, the  British government’s recent announcement that the British public will evidence of double vaccination to enter night clubs and crowded places, is poised to affect the attendance for the first heavyweight fight this year.

The government has said its imposition of double vaccinations is to encourage more young people to  take the vaccine  amid concerns  of the risk they pose in spreading variants of the Covid virus. The sudden requirement of double vaccinations for crowded places has received a backclash by those who feel it is discriminatory and fear it will create a two tier society in the Uk.

Downing Street has  defended the move by highlighting the requirement of vaccinations for international travel, though the regulations set by other countries cannot be used to justify its own laws in a sovereign country.

The mandatory requirement for double vaccinations is likely to see more results with night clubs, but not with boxing matches. Many young people will resist the pressure for a while, but a high percentage are expected  to cave into the pressures of being frozen out from night life action in order to join their friends in club.

The Joshua fight will be the first really crowded event to test the effect of the double vaccination imposition for those who wish to witness the action live.

Joshua (24-1, 22 KOs) hasn’t boxed since he knocked out IBF mandatory challenger Kubrat Pulev last December. in 7  rounds.  It was a dominant, though not so inspiring victory.  British fans will be hoping he can make an emphatic statement against the unbeaten and talented Usyk. The Londoner had been slated to fight Wbc champion Tyson Fury in August, until an arbitrator ruled that Fury must first honour his contract with American deontey Wilder.

Usyk (18-0, 13 KOs) was an outstanding cruiserweight talent who dominated the cruiserweight division on his way to becoming the king of the four major boxing belts.

The Tottenham stadium has a capacity of 62, 850 and will need to be filled up for the event to be as successful as planned.