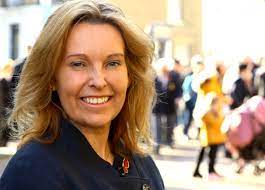 Only two months ago,  Mps accepted recommendations from the Committee on Standards to penalize misconduct, after a report found there was significant bullying and harassment in the Commons.

Three of theMps Ms Elphicke, Sir Roger and Ms Villiers – have been recommended for a one-day suspension.

The standards committee said: “The letters signed and sent by the members in this case were an attempt improperly to influence judicial proceedings.

“Such egregious behaviour is corrosive to the rule of law and, if allowed to continue unchecked, could undermine public trust in the independence of judges.”

The letter, written on headed House of Commons notepaper, was also copied to Mrs Justice Whipple, who had heard the case and was deciding whether to release the references.Elphicke was suspended from the Conservatives in 2017 after he was accused of sexual offences against two members of staff.

The disgraced politician was MP for Dover from 2010 until last year’s general election, at which he was succeeded in the Kent constituency by his wife Natalie.

In July 2020, he was found guilty of three counts of sexual assault against the two women and sentenced to two years in prison.

Sentencing him last year, the judge, Mrs Justice Whipple, described the 50-year-old as a “sexual predator” who used his “success and respectability as a cover”.

The trial heard how he declared himself a “naughty Tory” as he chased his first victim around his central London family home in summer 2007, moments after groping her while they shared a bottle of wine.

He also groped a second woman, a parliamentary worker in her early 20s with whom he was “besotted”, twice in a month in 2016.

The court heard Elphicke, a father of two and a qualified lawyer, lied to police, senior colleagues and his wife about what happened.

Following his conviction, Mrs Elphicke announced the end of her 25-year marriage on Twitter as she sat in a taxi leaving the court, saying the decision had brought “profound sorrow”.

The standard committee said on Wednesday that the five MPs’ behaviour was found to have “caused significant damage to the reputation and integrity” of the House of Commons.

It added that of the three recommended for suspension, two had “substantial legal experience” while the third, Sir Roger, is both the longest standing of the group and “still does not accept his mistake”.

The group were told to apologise to the Lord Chief Justice of England and Wales, as well as to the House.