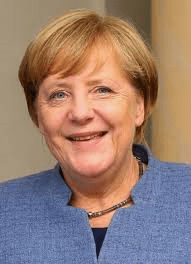 By Ben Kerrigan-
Angela Markel has told the British government that a deal based on proposals made by Boris Johnson is overwhelmingly unlikely to go through .

The German chancellor told the British prime minister during a telephone call yesterday that  a deal would never be possible unless Northern Ireland stayed in a customs union, a source told The BBC

The source reportedly said : “Talks in Brussels are close to breaking down, despite the fact that the UK has moved a long way.”
Earlier, the UK government warned of a breakdown in talks with the EU before the week was out.

The British government does not want Northern Ireland to stay in the customs union because it ties the rest of the Uk to the union or separates the Uk from Northern Ireland under different rules.
.
The cabinet are meeting this morning ahead of the final day of Parliament before it is suspended, after which it will return  on Monday 14 October for the Queen’s Speech – outlining the government’s policies for the upcoming parliamentary session.

The UK sent new proposals for a Brexit deal to Brussels last week, with Mr Johnson urging the EU to enter detailed talks to “thrash out” any objections.