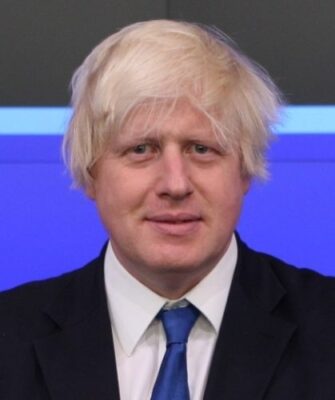 The foreign secretary attempted to woo ‘remainers’ and tell Brexit voters in a major speech today that those who voted to leave the EU to face a disastrous and irreversible betrayal if those attempted to reverse the results of the 2016 referendum succeed.

Johnson’s speech was billed as an attempt to reach out to remain, voters, setting out the liberal argument for Brexit and why the decision should provide hope, not fear.

Johnson, whose speech at the Policy Exchange thinktank in London was set out as the foreign secretary’s vision for a “liberal Brexit”, said he wanted to extend a hand to remain voters who he accepted were feeling a sense of loss.
Johnson said he had detected “a feeling of grief and alienation” but said although some people’s fears had been unfounded, he had also seen “a hardening of the mood, a deepening of the anger”. “We must also reach out to those who still have anxieties,” he said in his strong speech

“I say in all candor that if there were to be a second vote I believe that we would simply have another year of wrangling and turmoil and feuding in which the whole country would lose,” he said. “So let’s not go there.”

He said he wanted to distance the government’s vision from for Brexit from “some reactionary Faragiste concept”, referring to the former UKIP leader Nigel Farage.

Johnson said the UK would seek “the right deal on aviation and on visa-free travel”, which he said would result in the expansion of British exchanges and travel to the EU.

His strong assertion that Brexit is grounds for “more hope than fear” was part of his call for unity and confirmation that he was trying, whilst admitting he risked “simply causing further irritation” and would not “persuade everybody”. “I have to try. In the end, these are people’s feelings and people’s feelings matter.”

“We must accept that many [Remainers] are actuated by entirely noble sentiments, a real sense of solidarity with our European neighbors and a desire for the UK to succeed,” he said.

“If we are to carry this project through to national success – as we must – then we must also reach out to those who still have anxieties.

“I want to try to anatomize at least some of those fears and to show… that Brexit is not grounds for fear but hope.”

Brexit is “not some great V-sign from the cliffs of Dover”, but “the expression of legitimate and natural desire to self-govern of the people”, he said.

Johnson made clear his stance that the UK should not be tied to EU rules indefinitely, emphasizing the importance of maximizing the advantages of difference. He said:

“But I don’t think we should necessarily commit, as a matter of treaty, that forever and a day we are going to remain locked into permanent congruence with the EU.

“That doesn’t seem to me a sensible thing to do.

“If you’re going to come out you then you might as well take the advantages of difference.”

it would be “anti-democratic and very hard to justify” if the EU was able to impose new regulations on the UK after Brexit “when we’re not round the table” and “in a way that we can’t contest”.

Johnson is at least right on the point that the EU should not be able to impose new regulations on the UK after Brexit that cannot be contested. Leaving the EU cannot end in a kind of deal that gives EU chiefs the power to dictate terms without discussion, but leaving the EU must be done in an orderly manner that does not leave Britain worse off outside than inside, or without the best possible deal.

“Brexit is about re-engaging this country with its global identity, and all the energy that can flow from that.

“And I absolutely refuse to accept the suggestion that it is some un-British spasm of bad manners. It’s not some great V-sign from the cliffs of Dover.

“It is the expression of a legitimate and natural desire for self-government of the people, by the people, for the people.”

As he called on to Brexit supporters not to “gloat” and “sit back in silent satisfaction”, Mr Johnson was adamant that holding another referendum on the UK’s membership of the EU would be a “disastrous mistake that would lead to permanent and ineradicable feelings of betrayal”. His use of the adjective ”betrayal” was picked up on by his staunch critics who branded him hypocritical.

Pro-EU campaigners like Labour MP Chuka Umunna described the speech as an “exercise in hypocrisy”.
Mr Umunna, of the anti “hard Brexit” Open Britain campaign, said: “We are already a great country, we are already internationalist and we are already global.”
Labour’s Brexit spokesman Sir Keir Starmer said the speech revealed the government’s intention to “casually cast aside” rights and protections and ignore the benefits of the EU single market.
“Nobody will be fooled or reassured by the foreign secretary’s empty rhetoric,” he said.

Johnson warned that Brexit is not “some economic panacea any more than it is right to treat it as an economic pandemic”.

“The success of Brexit will depend on what we make of it,” he added.

“And a success is what we will make of it – together. And that very success will be the best thing for the whole of continental Europe.”

Mr. Johnson called for “confidence and national self-belief” as he brought up the example of a constituent thinking of leaving the UK due to Brexit, telling her: “Don’t go to Canada or anywhere else”.

The call for self-belief is brilliant, but precisely how we will make a success of Brexit needs to be demonstrated in these months of pessimism caused by the ongoing struggles the Uk has had in talks with the EU regarding the terms of leaving and the framework of a good trade deal. Johnson’s confidence that the UK will make a success of Brexit is good if only we knew for certain it was true.

Leaving the EU should mean just that without the type of stipulations that leave us subject to their powers whilst out of the EU, the question is practicability. How practical is it that the Uk can survive well without the EU? That’s the million dollar question. Or it may be that the real challenge for the UK government is to get EU bosses to compromise further and accept that leaving the EU must have consequences that leave them a lot weaker than when the UK was in the EU.

Any extent to which a practical middle ground between the Uk and the EU cannot be achieved is the same extent to which Brexit may be a doomed mission. Brexit is here to stay, it is very unlikely it will be reversed in any circumstances. However, Brexit must be shown to work at some point before the official departure date in March 2019.