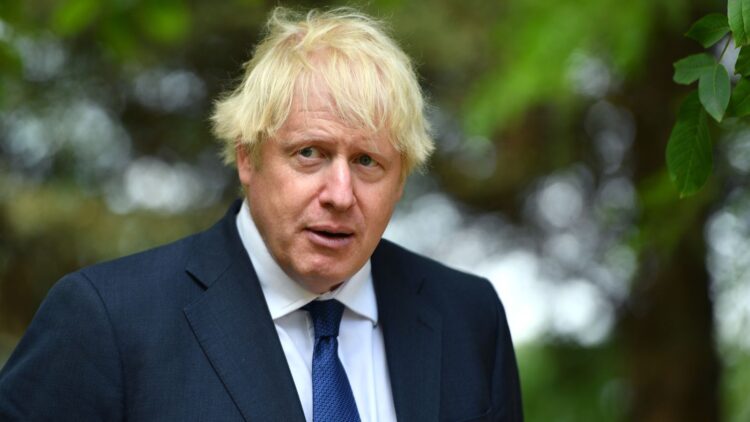 Boris Johnson has managed to spectacularly keep the British media at bay, after Downing Street announced that he is self isolating following contact with a family member who tested positive for Covid-19.

The prime minister cancelled a planned visit to Lancashire after the member of his family tested positive for Covid, Downing Street has said. No 10 did not announce which family member in question tested positive for the virus, and is not obliged to do so.

The prime minister had been scheduled to visit a vaccination centre, where we would have been expected to face his first media questions about his attendance at a social event in the No 10 garden during the first lockdown in May 2020.

A Downing Street spokesperson said: “The prime minister will no longer be visiting Lancashire today due to a family member testing positive for coronavirus. He will follow the guidance for vaccinated close contacts, including daily testing and limiting contact with others.”

Under current rules, if someone is vaccinated, as Johnson is, they no longer need to self-isolate even if a family member has Covid.

However, government guidance says they are “strongly advised” to take daily tests, and to “limit close contact with other people outside your household”.

Johnson usually films a brief, pooled broadcast interview on such visit, and would inevitably have faced questions both about the alleged party and about calls for him to resign from some of his MPs after he admitted attending it.

In a statement before prime minister’s questions on Wednesday, Johnson accepted for the first time that he had been at the 20 May 2020 gathering and that this was a mistake, while also attempting to defend his actions.

The prime minister said the No 10 garden was at the time routinely used as “an extension of the office”, and argued that he had believed the event was a work gathering, and that the event “could be said, technically, to fall within the guidance”.

The prime minister and a series of cabinet ministers said people should now wait for an inquiry into the 20 May event and other alleged lockdown parties, being led by the senior civil servant Sue Gray, Johnson has faced calls to quit now.

Johnson has escaped inevitable hostile  questions he would have faced  from the media about his attendance at a Downing Street ‘bring your own booze’ event.

A number of ministers have called for the prime minister’s resignation,  but Johnson, who held one of the biggest ever majorities in parliament will not go that easily without a fight.

Rushi Sunak  said on Twitter on Wednesday evening that Johnson was “right to apologise and I support his request for patience while Sue Gray carries out her enquiry”.

About an hour later, Truss tweeted that she stood behind Johnson 100%.

Sue Gray’s investigation is likely to examine whose idea the party was, identify all those who attended, and most importantly establish how long it lasted and whether Boris Johnson genuinely believed the party was a work do which was conducted within the framework of the rules.