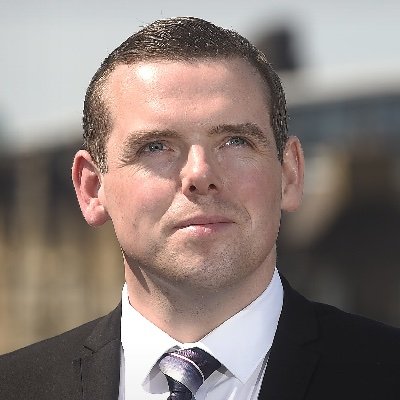 A senior UK government minister has ridiculed the Scottish Conservative leader Douglas Ross as a “lightweight” within the party, after he called for the prime minister’s resignation.

Jacob Rees-Mogg described Mr Ross as a “lightweight figure”, insisting the PM had the support of more “important” MPs, after Mr. Ross called for the prime minister to step down following his apology over Downing Street parties.

He named the Scottish secretary, Alister Jack, and other cabinet members including deputy PM Dominic Raab among those who have expressed their unflinching support for the prime minister.

Mr Rees-Mogg also added that the Scottish secretary, Alister Jack – who he described as “a much more substantial and important figure”  is fully supportive of the prime minister.

Ministers have urged MPs to wait for the outcome of an investigation by senior civil servant Sue Gray into alleged Covid-rule breaking at Downing Street parties, in the face of calls from Johnson’s critics for him to step down.

Johnson has apologized  unreservedly for the gathering in the Downing Street garden, which he said he had attended for about 25 minutes to thank groups of staff for their hard work during the pandemic.

However , his apology has not gone down well with Scottish Tory leader  expressed a difficult conversation with Mr Johnson on Wednesday afternoon, and expressed plans to write to the 1922 Committee  to register his lack of confidence in his leadership.

Letters of no confidence  submitted to the 1922 Committee will spark a confidence vote if they reach the crucial number of 54- this being 15% of the 360 Mps in parliament.

The 1922 Committee keeps the number of MPs who have submitted letters secret, and will announce the need for a contest if they reach the required number.

Mr Ross told the BBC said he believed Mr Johnson was “genuine” in his apology, but that “it was wrong to attend the event”.

He added: “Crucially for me he said that in hindsight if he had his time again he would have done things differently

“To me that is an acceptance from the prime minister that he did wrong, and therefore to be consistent with what I’ve said before I don’t believe his position as prime minister and leader of the Conservative Party is tenable and he does need to resign.”

The vast majority of Scottish Conservative MSPs quickly backed Mr Ross, with Murdo Fraser saying that the prime minister had “lost public trust, and in the interests of the country and the Conservative Party he should step down”.

Mr Ross’s predecessor as Tory leader, Jackson Carlaw, said Mr Johnson had “lost the confidence of the country”, while another former leader, Baroness Ruth Davidson, said Mr Ross had made “the right call”.

Andrew Bowie, Conservative MP for West Aberdeenshire and Kincardine, said the PM’s apology was not enough, but that it was “important to wait and see what the report [by Sue Gray] says”.