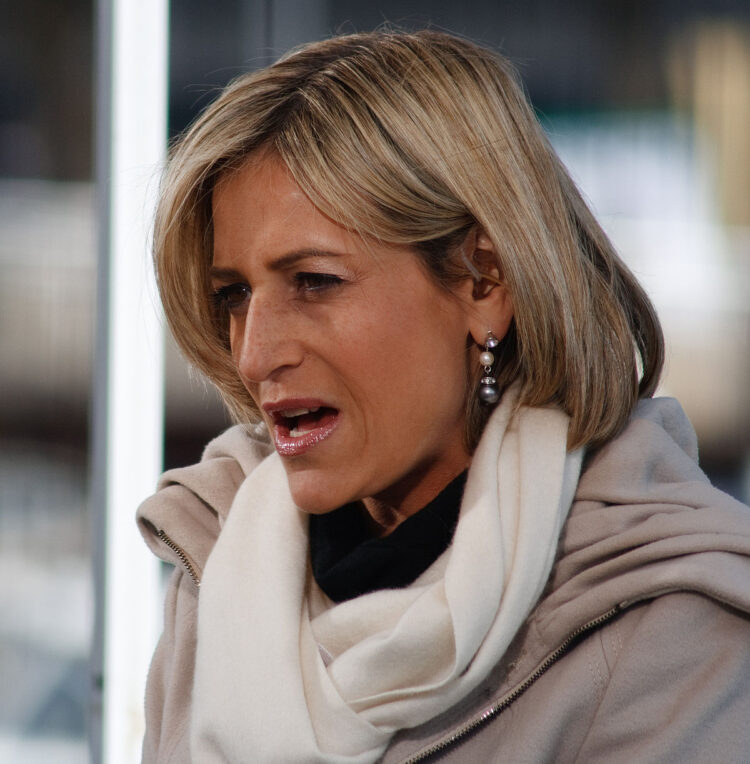 The BBC are formally investigating Emily Maitlis after accusing her of ‘overstepping the mark’ with her monologue about Dominic Cummings and the ‘blind loyalty’ of his boss Boris Johnson.

Maitilis began Newsnight saying: “Dominic Cummings broke the rules. The whole country can see that, and it is shocked that the government cannot.

“The longer ministers, and Prime Minister, tell us he worked within them, the more angry the response to this scandal is likely to be.

“He was the man, remember, who always ‘got’ the public mood, who tagged the lazy label of ‘elite’ on those who disagreed. He should understand that public mood now. One of fury, contempt, and anguish.

“He made those who struggled to keep to the rules feel like fools. And has allowed many more to assume they can now flout them.

The corporation have received over 20,000 complaints about the Newsnight host – but this figures includes thousands of emails from her supporters who feel she has been thrown under the bus.

The BBC executive complaints team are due to start a probe and once it is completed Ofcom is also expected to carry out its own investigation, after receiving 247 complaints in 24 hours.

Last night the corporation issued a second longer statement about Ms Maitlis’ speech on Tuesday night, where she claimed the public had been made to ‘feel like fools’ in the row over No 10 aide Mr Cummings’ lockdown trip to Durham with his family.

An extended  explanation signed off by the director of news Fran Unsworth, also involving the head of current affairs Joanna Carr said: ‘Our editorial guidelines allow us to make professional judgements, but not to express opinion. The dividing line can be fine, but we aim to say so if we think we have overstepped the mark.’

The statement indicates that Ms Maitlis’ speech ‘risked giving the perception that the BBC was taking sides and expressing an opinion, rather than being impartial’.

Ms Maitlis was so hurt by her treatment, that she asked for the night off on Wednesday, with reporter Katie Razzall standing in.

She also thanked those who had sent messages of support , as she retweeted a number of positive comments about her opening speech .

BBC bosses have been critical of Emily Maitlis  in the past.

One internal investigation  concluded she had failed to be even handed after viewers complained she was ‘sneering and bullying’ towards journalist Rod Liddle during a Brexit debate.

Ms Maitilis had told Mr Liddle to ‘get a grip’ and said his columns contained ‘casual racism’ left her open to claims she had ‘failed to be even-handed’, their report said.

The Newsnight presenter has been pushing for equal pay for women at the public broadcaster since 2017 after the gender pay gap in  the corporation was made public.

She urged male colleagues to join the gender pay gap fight – as women staff at the Corporation went into open revolt.