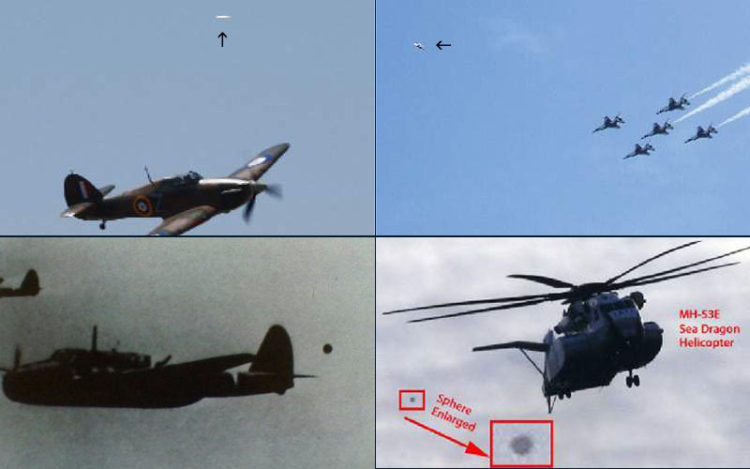 The intriguing notion of ufos continues to dog us with their never ending scenes of appearances, including dogfights with military Aircraft.

On Monday evening, investigators at the MUFON- (mutual ufo network), received a report claiming an aerial battle between aircraft and ufos in the skies. The intriguing footage was captured and filmed by the witness in Circleville, Ohio.
The anonymous man said he was being driven by his mother at 9pm local time when the events unfolded.
He wrote: “I noticed a strange light appearing to hover in the distance.
“It was too big and bright to be a star, yet nothing like a plane.”My initial thoughts were oh my God I’ve seen this in videos online – it’s a Ufo.”
He claimed 30 minutes later “another light from across the sky flew to the original light and they seemed to interact”.
He added: “Immediately after, flashing lights of aeroplanes appeared from all over the sky and surrounded the two odd lights.
“On the ground below the flying objects, something lit up the sky in a flashing manner, like lightning lights up the sky, but the sky was clear with no sign of thunderstorms.
“It appeared to be warfare between the aircrafts and the orb lights.
“Quick sudden smaller lights flew across the ‘battlefield’.”
He added one of the aircraft fired “some sort on the orbs”.
The eyewitness said: “Again, the orbs appeared very aggressive.
Immediately after, flashing lights of airoplanes appeared from all over the sky and surrounded the two odd lights.

“My face was boiling hot and my heart was racing as I observed the unbelievable events.”
According to the man,  the orbs disappeared, and the pair stopped to get some food.
He added: “We hit the road again. Just when I thought it was over, we spotted the same type of orb in front of the car.
“This time my mother could see it as well and noticed its odd qualities.
“It hovered for a short time, then slowly took a path heading north.
“Again, I saw commercial airplanes coming after the orb.
“My mother made me jump shouting, ‘woah! Did you see that? That thing just shot out super bright lights at once’.
“As the orb came closer, flying vertically over our vehicle, the big ball of light dimmed and I was able to make out a boomerang-shaped object that emitted the large and bright
“Along with the unidentified flying object, the aeroplane and light shows vanished behind us.
“My mother and I made it home and we were still trying to figure out the cause.”

The credibility of ufos are beyond dispute, but there are many who still question them. Thousands of documented interviews from prominent pilots, police, military personnel, all testify to the reality that their are other forces in the universe watching us and visiting earth for some unknown purpose. Since, the whole scale of their operations are unknown, it is natural for military crafts to often attempt to confront these flying objects every time they  ‘invade’ our air space, since it is known known for sure what they are or what their goals are. However, continuous reports of ufos in the skies now seem to be a regular feature of modern day reality. Ufos have been sighted and reported for decades, but never before in history has the level of interest and concern in them been so great.
With no official line on what they are, what they want, or how long they have been here, it will always be left to researchers to work it out and continue to explore this somewhat strange phenomenon. The only certainty is that they provide evidence of another form of conscious and active intelligence out there, and the search for greater knowledge about their influence and operations will be an ongoing pursuit for interested parties.
Spread the news