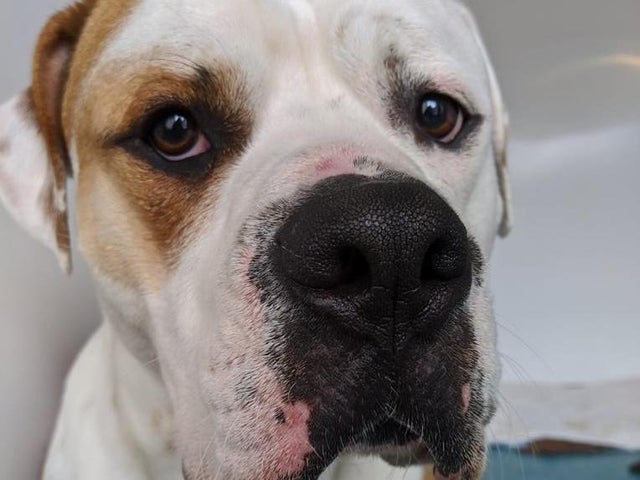 A dog that appears to have been burned with cigarettes was left chained up and abandoned outside the RSPCA in Leeds, West Yorkshire.

CCTV in Yorkshire captured a black Mercedes with foreign number plates pull-up outside the centre, on Moor Knoll Lane, East Ardsley, where someone   decided to dump the tortured dog.

The footage reveals the driver coming out of the car, after which he goes to the rear of the vehicle to get the dog, before proceeding to tying the dog up and leaving it there . The RSPCA is desperate to locate the animal’s true owner and are appealing for assistance from the British public.

Animal Care Manager Lucynda Hodgson said: “We had to call for an inspector to come and help as the dog was being rather aggressive and although he was wearing a pretty hefty muzzle, the staff were struggling to get near him.

“It took two of our animal care assistants and the officer to free him and get him up to our kennels.”

Hector was found to have some burns, thought to be cigarette burns, on his body, one of which was fairly new. 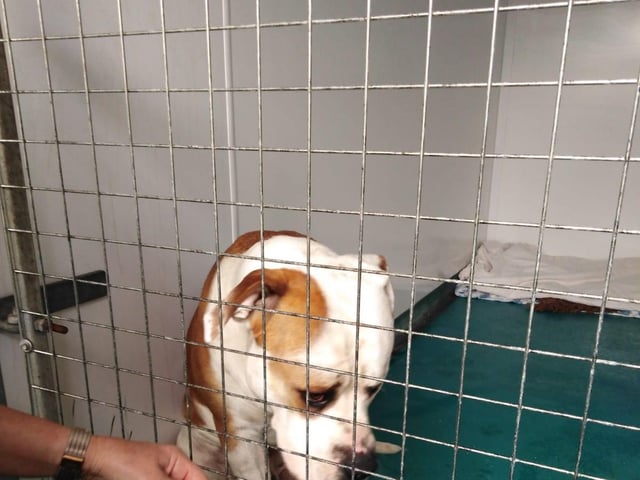 The RSPCA cannot trace its owner at the moment, as the dog was not microchipped. However, they want the public to take a good look at the dog and reveal its owner if they know who it is.

Anyone with any information about who Hector’s owner should call the RSPCA inspector appeal line on 0300 123 8018 and ask to leave a message for inspector Emily Stodart, who is investigating what happened.

Emily said in a statement: “Poor Hector was very distressed when he was found.

“We would like to find out how Hector came to have these injuries and who abandoned him in this way.

“If you can help us to locate his owner please call me”.