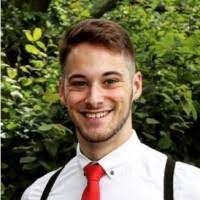 A  disgraced Northamptonshire police officer has resigned after breaking a number of rules – including visiting  his family during  Covid-19 lockdown.

Shamed Constable, Mitchel Denton, was found to be in breach of three separate rules in 2020 and 2021 at a gross misconduct hearing held by Northamptonshire Police last month.

The misconduct panel heard that between June 3, 2020, and September 11, 2020, he accessed the confidential NICHE police system and conducted a search for an individual on two occasions.

A report confirmed he had accessed information about a man because of his connection to a person he was in a relationship with.

The second charge took place in January 2021 when Mr Denton visited his parents at their home address on three occasions, breaching Covid-19 regulations which made it an offence to meet other people inside a home if they were not part of a support bubble.

Mitchel Denton also broke Covid regulations by visiting his parents three times during lockdown in January this year and disappeared in the middle of an eight-hour shift without telling anybody where he was going.

Denton appeared before a disciplinary panel last month which found him  guilty of gross misconduct and would have been dismissed without notice had he not already quit the force.

The panel’s verdict said: “This was a case where the allegations were admitted by the former officer, and in which there is little or no mitigation.

“The gravity of the gross misconduct, which cumulatively extended over a series of incidents involving serious disregard for the law, and for organisational rules, meant that if the panel were to have opted for any outcome less serious than dismissal then public trust and confidence in policing would only be further, and seriously, damaged.”

The hearing was told that Denton, who joined the force in 2019, logged in to the confidential police records management system without permission and searched for an individual between June 3 and September 11 last year.

The panel told Denton: “The reason you searched for and accessed details about this person was because of his connection to a person with whom you were in a relationship.

“This did not represent a lawful authority to search for or access information about them.”

The panel also heard that Denton’s three visits to his parents’ home during January 2021 represented breaches Covid-19 regulations which made it an offence to meet other people inside a dwelling where those people were not members of your household or support bubble.