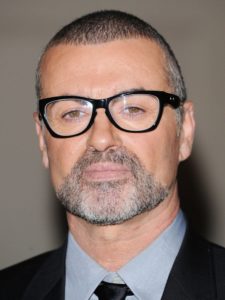 George Michaels must have been set up fated to pass away last Christmas, a small group of his fans have claimed.

He must have been set up by fate as a sign of his special contribution to music, they have said.
The claim has been made by some of his fans in America, who insist there is no possible way he could have died on Christmas day by ordinary chance. ”Either he was set up by the strange forces off fate as a sign of his special contribution to music, or he was set up by somebody else , an intruder or someone with a dark secret”,n a readers from the States sent us, adding ” thesis what many us folks think here”.
The world acclaimed singer was found dead alone in his property on Christmas Day, despite having planned lunch with his boyfriend. Michael was the groundbreaking artist off Any top songs, including ‘Last Christmas” which made several no 1’s in the past.
George Michael’s boyfriend, Fadi Fawaz has suddenly claimed that he slept in his car the night his lover died, altering his original claim  to have spent the entire weekend at the star’s house and found him dead in the morning.
The hair dresser also claIms his tweeter account was hacked by evil hackers who posted the star had tried to kill himself many times, and finally managed it.
One of the posts on Fawaz twitter account claims they loved each other and were together almost 24 hours a day. Fawaz has since deleted his tweeter account. Any impartial person of reasonable intelligence assessing the whole story will have smelt a rat by now. Its not clear which part of the story the stench comes from, but it seems particularly odd that the famous singers boyfriend changed his story about his whereabouts, and also happens to have been hacked on the very same day as the death of George Michael.
Fawad is acting like one who is trying to avoid being implicated, either because he may know something about Michael’s drug use on the day of his death or the night before, which he is trying hard to mask. Police have already expressed plans too conduct a police probe on Fawaz amid strong suspicion that the death may have been drug related. They would want to establish who was supplying the singer with drugs, also with a view to establishing if there might have been many foul play surrounding his death.
The assertions that the singer’s death may have been fated is likely to be closer to the more probable scenario that something strange happened either the night before or in the early hours of Christmas morning. The death of then 53 year old, coinciding on Christmas day isn odd, despite it coincidental appearance.  Michaels was one of the world’s most celebrated artists, with his last Christmas song trending every December for many years
If one wasn’t overdosed by someone or encouraged to abuse his drug habit that day, then his time must have been up . He would have been set up the forces of fate or karma, but my bet is that there is yet more to discover about the truth behind this story.
Spread the news