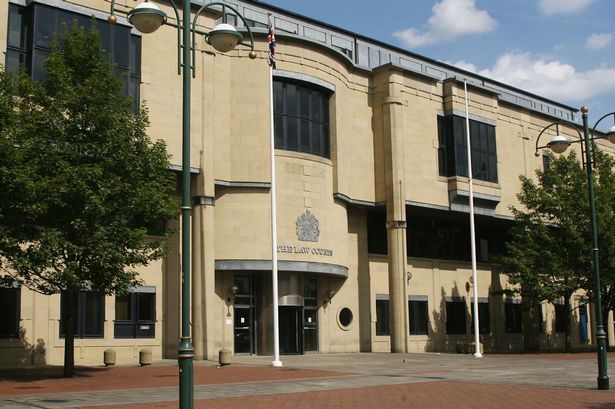 A  Yorkshire man who stole over £12,000 from his own brother and sister following the death of their father has avoided prison.

David Sparks, 37, was given 14 days to pay the money back and told he would  have to do 200 hours unpaid work for the community as part of his sentence for his “wilful dishonesty.”

The  case was brought to court after the defendant’s father made a successful civil claim relating to asbestosis. according to his will, each of his children should have received almost £6,400 after his death.

Prosecutor Ken Green said the solicitors sent the cheques to Sparks, but instead of passing on payments on to his siblings, he instead spent the money himself.

When Sparks, of Holmefield View, was challenged about the money last year by his sister he immediately confessed saying he had “messed up.”

Sparks pleaded guilty earlier this year to two charges of theft and his barrister Victoria Smith-Swain said her client had described the offending as “a moment of madness”.

He said:”He deeply regrets his actions and through me wishes to apologise to the victims and the court for his behaviour.

“He has destroyed his relationship with his siblings by virtue of his offending behaviour.”

Bradford Crown Court  heard that Sparks was a hard-working family man with no previous convictions and at the time of the offending he was struggling with the death of his father, his mother’s ill health, and suffering from depression.

Miss Smith-Swain said the delay in the case getting court had given Sparks time to save up the money to repay his siblings and she confirmed that he had £12,800 in the bank.

Judge Andrew Hatton said it was “a sorry tale of wilful dishonesty by the defendant against his siblings” and the admission that he had messed up was understating it.

The judge said although he had no victim impact statements he could make his own assessment as a human being.

“They must have been heartbroken at the way they have been treated by somebody alongside whom they grew up and someone they trusted,” said Judge Hatton.

The judge said the case crossed the custody threshold, but he decided to suspended Sparks’ six-month jail term for 18 months.

“Let us not meet again Mr Sparks. I feel confident we will not,”  the judge.