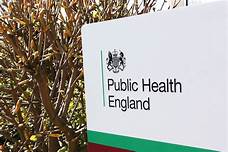 A woman was unlawfully  killed by another patient at a secure hospital  a jury at an inquest has ruled.

Linda Goswell, 52, from Halifax, was strangled in the early hours of August 2 by her next door neighbour, Rachel Bowen, on the female-only Denholme ward at Cygnet Hospital, in Bierley.

The jury found there had been two missed opportunities  by staff to spot that Bowen had left her room and was in fact inside Mrs Goswell’s when checks were carried out by a member of staff.  That careless was fatal and should lead to an inquiry.

The  women had been subject to 15-minute checks for their own safety and other patients, but  were not carried out properly. It was also found that staff failed to spot that the two women were inside the same room and Bowen’s room was empty.

The finding stresses the importance of better quality security at hospitals and for potential charges of negligence in tragic cases like this. Only yesterday, the British Press Regulator Ipso published an article upholding a complaint against a Glasgow paper in which a nurse was fired for failing to prevent and assault in a hospital.

Staff at hospital need to do their job well and a zero tolerance to negligence that leads to assault or fatalities should have a heavy prioce attached to it.