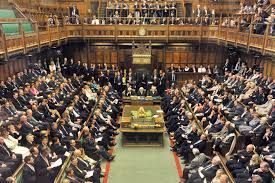 Parliament needs to address allegations of systemic racism among its Mps if it is to be trusted to effectively run the country and promote issues of equality.

Concern that over half of ethnic minority MPs have faced racism and prejudice at the hands of fellow MPs, according to a new poll from Itv makes disturbing reading. The poll claims that over 50%  of Black, Asian and minority ethnic (BAME) MPs  have experienced racism, racial profiling and prejudice from fellow MPs, the ITV News investigation found.

Claims that  Asian Mps had been asked to use English names, or wrongly escorted out by security staff who refused to believe they were Members of Parliament,  has led black, Asian and minority ethnic (BAME) MPs have hit out at appalling levels of racist abuse in the Houses of Parliament.

Over 60% claimed to have  experienced discrimination at the hands of House of Parliament staff, an ITV News survey sent by the programme to all 65 BAME MPs. Ms Siddiq said she was advised to use her husband’s English surname when running to become an MP in Hampstead and Kilburn because she was told no one would vote for “Tulip Siddiq.

Married women generally use their husband’s surname, making it separately odd why she doesn’t use her husband’s name anyway. However, for the purposes of the topic, considering voters can generally tell the Mp is Asian, makes it confusing why she was asked to change her name.

One political writer with whom this topic was being discussed credibly suggested that the idea for Ms Siddiq to use her husband’s surname could well have been a reflection of the adviser’s expectation that many of those voting may be prejudicial against the name.

Some participants also claimed that Mps were generally dismissive of complaints related to racism. Mps most promote equality of treatment both in parliament and with the public.