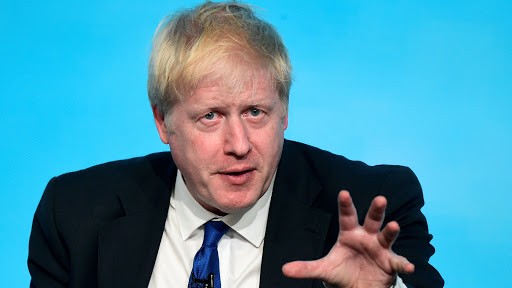 British Prime Minister Boris Johnson does not regret his a previous comments in which he  conditionally nominated President Donald Trump for the Nobel Peace Prize, when he was still Foreign Secretary .

During a meeting of a parliament’s liaison committee yesterday, Wednesday the prime minister was questioned about past comments he made in 2018, when he said President Trump would be deserving of the prize if he could ‘fix North Korea and the Iran nuclear deal’.

Johnson responded by saying he was in favour of the UK having ‘the best possible relationship’ with the U.S president, making reference to the historic bond between the U.K and The U.S.

The two leaders had a political chemistry, complimenting  each other publicly on a number of occasions.

During the interview in question, Johnson was asked whether or not he agreed with South Korean President Moon Jae-in, who reportedly remarked that President Trump should be awarded the Nobel Peace Prize for his efforts to unify North and South Korea.

Moon made this comment before a meeting of senior secretaries, according to a presidential Blue House official.

Asked  at the time whether  he shared Moon’s view on Trump, Johnson told Sky News:

”If he can fix North Korea, and he can fix the Iran nuclear deal, then I don’t see why he’s any less of a candidate for the Nobel Peace Prize than Barack Obama, who got it before he even did anything.

When asked  a few hours before the U.S president was impeached the second time, whether he regretted making the previous comments about Trump deserving the Nobel Peace Prize, Johnson replied:

”I am in favour of the prime minister of the UK having the best possible relationship with the president of the United States, and I had an excellent conversation very recently with president-elect Joe Biden”.

In other words, Johnson found it important to build a good relationship with Trump because of the historical bond between the two countries.

Johnson hasn’t always had warm words for the American president. In 2015, Johnson rightly said Trump was ”out of his mind’ to propose a ban on Muslims entering the United States

Nobel prizes  are awarded “to those who, during the preceding year, have conferred the greatest benefit to humankind”.  Johnson believed solving North Korea and the Iranian Nuclear deal would be worthy of a Nobel prize.

The resolution to impeach Trump was passed in the House of Representatives by 232 to 197, with 10 Republicans joining the Democrats in voting in favour of impeachment, making it the most bipartisan presidential impeachment in US history.