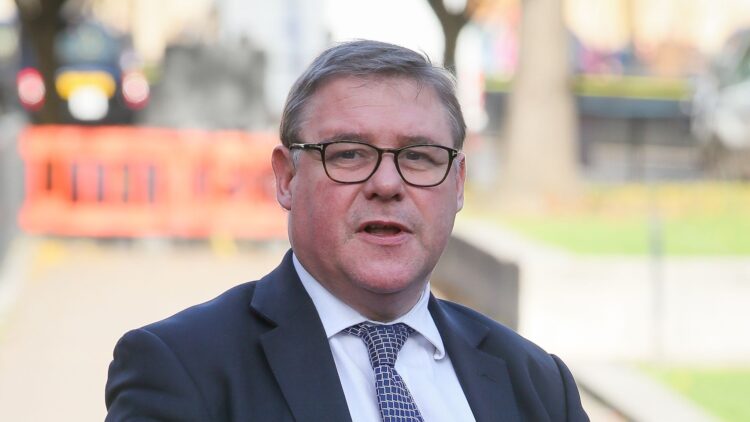 Boris Johnson is under pressure to enact “David’s law” to crack down on social media abuse of public figures and end online anonymity in the wake of the killing of Sir David Amess.

The call is based on the known negative and toxic environment that accompanies  the open platform of social media to online trolls whose excessive abuses can incite others to act violently.

It assumes that platforms of  social media may have contibuted to the motive of the murder of Sir David Amess, the precise details of which is not yet known.

The Uk government is believed to be preparing to pass an online safety bill introducing new obligations on social media companies to regulate illegal and harmful material.

Harmful material speaks for itself, but could also be subjective. The government will be expected to clearly define harmful content, but many anlaysts will expect the public and the government to take a common sense approach.

Compliance will be monitored by Ofcom and the bill is expected to start its passage after pre-legislative scrutiny set to report back in early December.

Keir Starmer, the Labour leader, told the Commons that “civility in politics matters” but “we must not lose sight of the fact that David’s killing was an [alleged] act of terror on the streets of our country”.

Police have not established the motive for the brutal killing, but reliable information has emerged that the father of the arrested man had dabbled in extremist material.

Mark Francois, who described Amess as one of his closest friends and his political mentor, the rules governing social media.

Francois told the Commons he was “minded to drag Mark Zuckerberg [CEO of Facebook] and Jack Dorsey [CEO of Twitter] to the bar of the house … if necessary kicking and screaming so they can look us all in the eye and account for their actions or rather their inactions that make them even richer than they already are”.

He called for MPs to radically toughen up the pending online harms bill to prevent trolls and other abusers hiding behind pseudonyms. “In the last few years David had become increasingly concerned about what he called the toxic environment in which MPs, particularly female MPs, were having to operate in,” Francois said.

“He was appalled by what he called the vile misogynistic abuse which female MPs had to endure online and he told me very recently that he wanted something done about it.”

Francois, the MP for Rayleigh and Wickford, which neighbours Amess’s Southend West constituency, added: “I suggest that if we want to ensure that our colleague didn’t die in vain, we collectively all of us pick up the baton, regardless of our party and take the forthcoming online harms bill and toughen it up markedly.

“Let’s put, if I may be so presumptuous, David’s law on to the statute book, the essence of which would be that while people in public life must remain open to legitimate criticism, they can no longer be vilified or their families subject to the most horrendous abuse, especially from people who hide behind a cloak of anonymity with the connivance of the social media companies for profit.”

Bernard Jenkin called for MPs to be conscious of their when discussing civility in politics,“Which of us has never felt fallen prey to feelings of contempt or lack of respect or unkindness towards those who oppose us? Which of us can honestly say we cannot do better?” He said kindness should be added to the seven principles of public life. “Henceforth, let kindness be known as the David Amess principle of public life.”

Harmful material speaks for itself, but could also be subjective. The government will be expected to clearly define harmful content, but many anlaysts will expect the public and the government to take a common sense approach.

Compliance will be monitored by Ofcom and the bill is expected to start its passage after pre-legislative scrutiny set to report back in early December.

Johnson paid warn tributes to “one of the nicest, kindest and most gentle individuals ever to grace these benches”, Johnson said Amess’s killing struck at the heart of the ordinary democratic work of MPs. “That Sir David spent almost 40 years in this house but not one day in ministerial office tells everything about where his priorities lay,” he said.

The prime minister’s words were nicely support by similar compliments by the leader of opposition. Labour leader, Keir Starrmer said:

“He was not a man in awe of this chamber, nor a man who sought patronage or advancement. He simply wanted to serve the people of Essex, first in Basildon, then in Southend. And it was in the act of serving his constituents that he was so cruelly killed.”

Starmer said: “Even as a political opponent he was a man and a politician we could all learn much from. I use that phrase – ‘political opponent’ – very deliberately. Because David held his beliefs passionately but gently. I believe that not only can we learn from that but that we have a duty to do so. Civility in politics matters.”