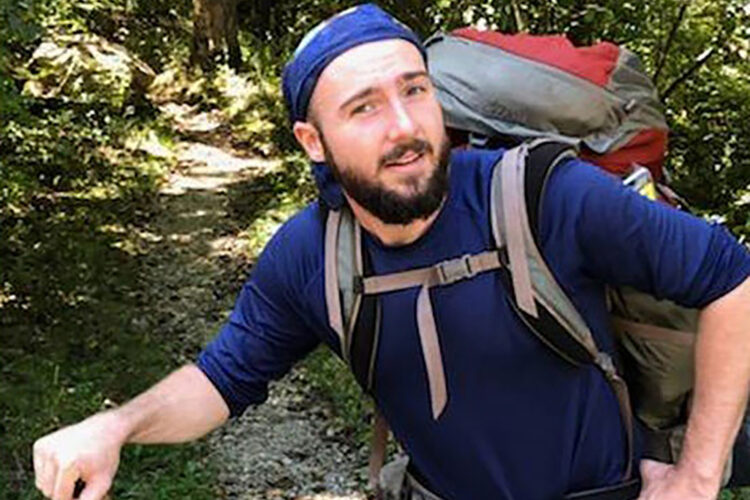 A man resembling Brian Laundrie  was handcuffed by US Marshals after he was mistaken for  the missing fugitive.

The innocent American was hiking the Appalachian Trail and taking a day off at a resort when he was detained. The federal agents recommended he shave his beard to avoid further complications.

Laundrie is wanted by the Federal Bureau of Investigation for fraud-related charges, and also a person of interest in the homicide of his fiancée, 22-year-old Gabby Petito.

Cops are quietly confident he may be the perpetrator in the homicide case relating to his  murdered fiancee. Gaby Petitio.

U.S Police and FBI have been searching the 25,000-acre nature preserve  where Mr Laudrie was said to be  hiking alone, for more than a month and have deployed expert dogs in their efforts to track down Laurie.”

Teton County coroner Dr Brent Blue revealed that Ms Petito was killed by manual strangulation. According to Dr Blue, Ms Petito died 3-4 weeks before her body was located on 19 September. The coroner said that, under Wyoming state law, he could only release the manner and cause of death. All other details concerning the autopsy are not yet open to the public.

On Thursday, Ms Petito’s body was released to her parents, who are currently in Wyoming, after the weeks-long autopsy. Her body was then sent to a local mortuary for cremation.

Law enforcement had been tipped off by an employee of the lakeside marina the couple had been at earlier in the day on the spotting of a man who resembled Laundrie, Beckwith told the New Yorker. Earlier this month, a man in Haywood County, North Carolina called 911 to say he had encountered a man in a white pickup truck that he was “99.99 percent sure” was Laundrie

Petito was last seen alive checking out of a hotel in Salt Lake City on August 24. Laundrie arrived back in North Port, Florida, where he and Petito lived, on Sept. 1, and it wasn’t until Sept. 11 that Petito’s family in New York first reported her missing. Her body was discovered on Sept. 17 in Grand Teton National Park, but at that point Laundrie’s family had also reported him missing, less than a week after they had gone camping together at a beach near Tampa.