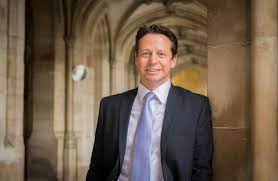 The new Minister for Civil Society Nigel Huddleston has hailed small charities as ‘the backbone of our communities’, following an impact report published today reveals that 8,200 organisations have supported an estimated 6.5 million people during the COVID-19 pandemic, thanks to £200 million in bespoke Government funding, distributed by The National Lottery Community Fund (NLCF).

The report, published by the Department for Digital, Culture, Media and Sport (DCMS) and The (NLCF), highlights the extent to which the Coronavirus Community Support Fund has benefited communities in every region of the country, from Cornwall and Hertfordshire to County Durham and Merseyside.

It was absed on an online survey conducted by Ipsos MORI  with 6,712 CCSF grantholders and 9,466 volunteers between November 2020 and April 2021. An additional 266 depth interviews with CCSF grantholders were conducted, alongside 33 case studies.

The funding has helped charities and social enterprises to carry out critical work and continue protecting the most vulnerable members of society in the wake of the pandemic.Data shows CCSF helped local organisations survive and communities to thrive amid Covid-19 challenges.

The assessment was conducted by Ipsos MORI, in partnership with New Philanthropy Capital
(NPC) and The Tavistock Institute of Human Relations (TIHR),commissioned to undertake an evaluation of the impact of the funding.

A total of £199m was allocated to the CCSF and £187m was distributed after administration and evaluation costs had been deduced.

Its overall objective was to increase community support to vulnerable people affected by the COVID-19 crisis, through the work of civil society organisations. It was also aimed at reducing temporary closures of essential charities and social enterprises, ensuring services for
vulnerable people impacted by the coronavirus.

Without the £200 million fund almost one fifth of the recipients would have been forced to close their doors, while over half revealed that they would have delivered significantly fewer services if it had not been for assistance from the CCSF.

Over 6,200 employees of these organisations were brought back or prevented from being furloughed, and over 4,200 new staff members were recruited, the report estimates. This is in addition to grantholders mobilising 136,000 existing volunteers and over 47,000 new volunteers that they had not worked with previously.

”I’m immensely grateful for the volunteers and charity staff who have worked tirelessly throughout the pandemic. They have been truly heroic, and the backbone of our communities. Today’s results demonstrate the significant role the Coronavirus Community Support Fund has played in towns and cities across the country. As part of our wider £750 million of direct support for charities during the pandemic, this government funding meant organisations could continue their vital work helping more than six million people in need.

The CCSF has also played a major role in the Government’s commitment to tackling loneliness and helping the homeless. The tackling of homelessness has  been part of its Lets Talk Loneliness campaigned, to which it coimmitted an impressive £33m.

The data shows 63% of grantholders consciously promoted ways of building social connections during the pandemic, with 79% reporting that beneficiaries felt less lonely, and 70% reporting beneficiaries had more access to social contacts.

The data also shows  that 63% of grantholders consciously promoted ways of building social connections during the pandemic, with 79% reporting that beneficiaries felt less lonely, and 70% reporting beneficiaries had more access to social contact. The Government is committed to tackling loneliness as part of its ongoing ‘Lets Talk Loneliness’ campaign, and has provided £34 million to organisations supporting people who experience loneliness.

One King Ministries in Havering, for instance,  provided activities and services for the elderly to support their wellbeing, reduce loneliness and help them with daily challenges.

Some of theose on the team felt supported through the experience of volunteering, helping many of them through difficult personal circumstances such as bereavement, depression and suicidal thoughts.

The report also underlines the positive impacts felt by the army of volunteers who were mobilised during the pandemic. 84% of people who volunteered through the CCSF felt like they were making a difference, and 66% people felt it gave them a sense of purpose.

”This report provides rich insight into the impact made by £200 million of crisis funding remitted between June and November last year. With 6.5 million people receiving support from Coronavirus Community Support Fund grantholders, and more than 183,000 volunteers making their valuable contribution to Coronavirus Community Support Fund projects, these findings from this report help us appreciate the sheer scale of the response to the pandemic and the vital role played by communities in the health and well being of the country. We were proud to work alongside Government to distribute this funding and will use this evaluation to continue supporting communities as they repair and rebuild following the pandemic.

The Coronavirus Community Support Fund formed part of the Government’s unprecedented £750 million package of support for the sector during the pandemic, which has benefited over 14,000 charities.