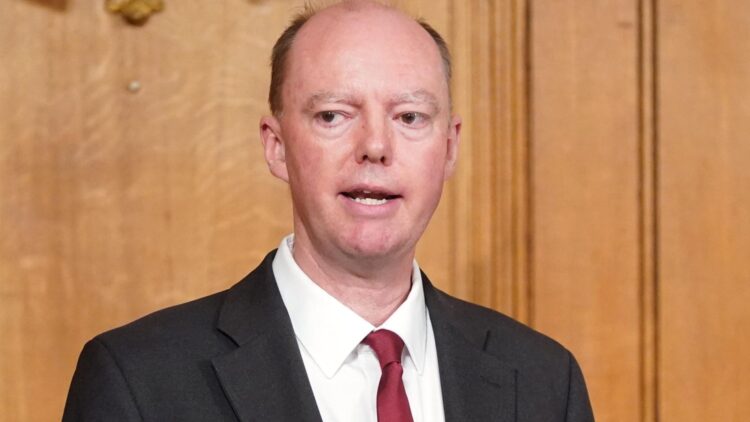 Lockdown restrictions  in the Uk could return within three weeks, in a potentially embarrassing U turn .

The Uk government announced freedom day to begin on Monday, June 19, Sajid Javid emphasizing the situation to  be irreversible. Javid did say ‘we would have to learn to live the virus”.  A U turn, given the government’s record of multiple U turns, would simply add to the loss of credibility of the Uk government. Announcements are no good, if they can change every two minutes depending on what side of the bed various powerful individuals wake up.

SAGE scientists have warned that England could be plunged back into stage three of the staggered exit from lockdown , bringing face coverings back into the equation as a legal requirement. They have apparently warned  Boris Johnson to be prepared to act in the first week of August to prevent the NHS becoming overwhelmed within weeks. Johnson’s leadership could really be called into question if he just complies with advice from scientists due to a scenario he was well aware could take place.

Johnson and Sajid Javid recognized the possibility of infections or more people being hospitalized following the complete ease of restrictions, and concluded it was the best decision moving forward.

The plans come in the wake of modelling which suggests daily hospitalizations at the peak of the third wave – expected at the end of August – could be between 1,000 and 2,000, reports i news.

Data for Tuesday reveals there were 46,558 new coronavirus cases in the UK, while a further 96 people have died, the highest daily reported fatality rate since the middle of March.

One source reportedly said what was needed was “less of an emergency brake and more of a gear change” in readiness to keep the third wave “under control”.

It comes days after the country’s so-called ‘freedom day’ – which saw England enter the fourth stage of lockdown easing.

Scientists are urging ministers to take action if there is a continued increase in the number of people being admitted to hospital with coronavirus, explaining that Boris Johnson should be prepared to act in the first week of August in order to prevent the NHS from becoming overwhelmed.

As statutory controls in England will end on Monday, the former health secretary said the NHS is facing a “very serious” situation with rapidly increasing numbers of hospital admissions.

“The warning light on the NHS dashboard is not flashing amber, it is flashing red,” he told the BBC Radio 4 Today programme.

Mr Hunt, who is chairman of the Commons Health and Social Care Committee, said the way people behave as legal requirements end will be crucial in determining the path of the pandemic over the coming months.

He pointed to the examples of Israel and the Netherlands – where rules have been reintroduced despite high levels of vaccination like in the UK.

A source cited by i news has said what was needed was ‘less of an emergency brake and more of a gear change’ when it came to reducing restrictions in an effort to keep the third wave ‘under control’.

The warnings come as modelling suggested that daily hospitalizations at the peak of the third wave, which is expected to hit at the end of August, could be between 1,000 and 2,000, with between 100 and 200 deaths per day.

The latest figures from the middle of July show that the UK has already seen as many as 745 patients admitted to hospital in a single day; a figure which continued to rise even before restrictions were lifted on July 19.

Chief medical officer Professor Chris Whitty, the number of people being admitted by the end of the first week of August could be close to 1,500.

Uncertainty surrounds the the modelling, with predictions changing depending on the vaccine rollout and people’s behaviour following the lifting of restrictions, SAGE scientists have recommended that some measures should be reintroduced, such as mandatory face masks and advice to work from home, in early August.