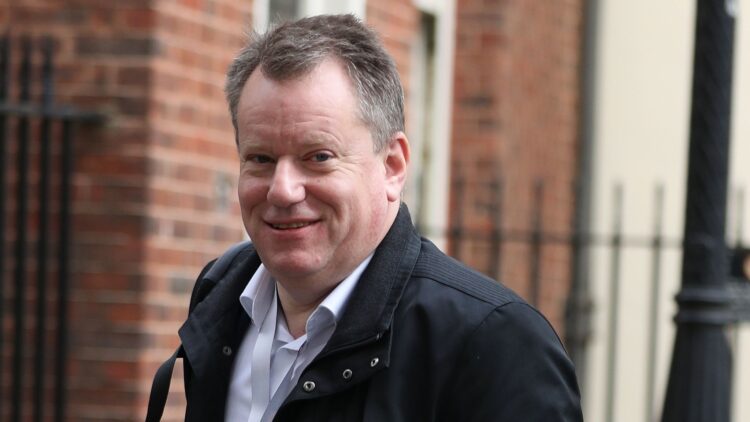 The UK  government is planning to substantially rewrite the Northern Ireland Brexit protocol Boris Johnson signed up to in 2019, arguing “we cannot go on as we are” given the “ongoing febrile political climate” in the region.

Brexit Minister Lord Frost said “we cannot go on as we are” with the current Northern Ireland Protocol arrangements but stopped short of unilaterally suspending the measures.

Lord Frost said it was “clear that the circumstances exist to justify the use of Article 16” of the Protocol – a move which would see the deal ripped up.

“Nevertheless, we have concluded that it is not the right moment to do so,” he added.

The row over the Northern Ireland Protocol – the part of the Brexit agreement which governs trade in Ulster – comes amid feared supermarket shortages and the so-called sausage wars.

“These proposals will require significant change to the Northern Ireland protocol,” David Frost said. “We do not shy away from that. We believe such change is necessary to deal with the situation we now face.”

In a foreword to the 28-page document, Lord Frost and the Northern Ireland secretary, Brandon Lewis, said the proposals will “not dispense with many of its [Northern Ireland protocol] concepts” but hope to create “a stronger long-term foundation to achieve shared interests”. They add that the situation in Northern Ireland is “unsatisfactory” to “all sides” .

Speaking in the House of Lords, Frost called for a “new balance” in the protocol that will address the disruption to business and the trade barriers across the Irish Sea.

He said negotiations with the EU “have not got to the heart of the problem” and called for a temporary “standstill” period including the suspension of all legal action by the EU, and the operation of grace periods to allow continued trade of goods such as chilled meats including sausages.

Frost told peers the “we should return to a normal treaty framework similar to other international arrangements” which had echoes of reports last year that Boris Johnson’s former chief aide Dominic Cummings had persuaded members of the European Research Group of MPs last year to vote for the protocol because it could be changed later.

There was a “false, but raw” perception in the Unionist community of separation from the rest of the UK which has had “profound political consequences”, he added.

Reports suggest the Government wants to eliminate checks and will press for an “honesty box” approach, which would see companies in Great Britain declare which goods are for sale in NI only

also wants to scrap the involvement of EU institutions and the European court of justice in policing and governing the protocol, something that will be anathema to Brussels.

Frost said the UK was “willing to explore exceptional arrangements around data sharing and cooperation” and “penalties in legislation to deter those looking to move non-compliant products from Northern Ireland to Ireland”.

The latter has echoes of the “honesty box” concept first floated in 2019 as an alternative to the Irish border backstop, which proponents said would have done away with the need for border checks allowing businesses to self-report the movement of goods with an online system for VAT payments.

“The difficulties we have in operating the Northern Ireland protocol are now the main obstacle to building a relationship with the EU,” Frost warned, adding that there was still time to do a fresh deal rather than walk away by triggering article 16.

“We concluded that it is not the right moment to do so,” said Frost.

“It is not time to establish a new balance, which both the UK and the EU can invest in, to provide a platform for peace and prosperity in Northern Ireland and allow us to set out on a new path of partnership with the EU.”

He told the Lords the protocol had already led to reductions in supermarket product lines in shop shelves in Belfast and beyond, with 200 suppliers deciding they would no longer supply to the region.

He also said 20% of all documentary checks conducted on animal-derived products coming into the EU were being conducted in Northern Ireland, a country with a population of just 1.8 million.

“What is worse, these burdens will worsen, not improve over time, as grace periods expire,” he said.