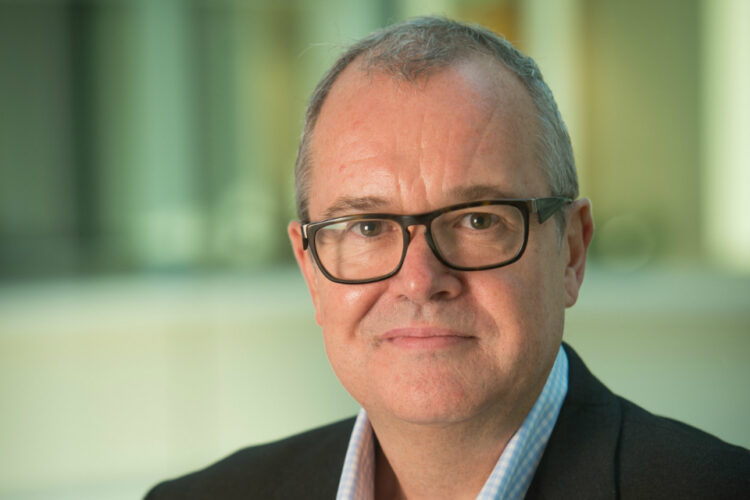 By  Gavin Mackintosh And Victoria Mckeown-

Uk chief scientist,Patrick Vallance’s claim that 60% of those in hospital had been unvaccinated was untrue, The Eye Of Media.Com can reveal.

Vallance’s change of tune with respect to the percentage of people unvaccinated , after revealing that 60% percent of people being admitted to hospital with COVID-19  unvaccinated  has been examined by a group of professionals, looking at the precise purpose of the sudden U turn.

Vallance made the declaration in July, the same day Uk prime minister Boris Johnson, confirmed that all Uk residents who want to attend night clubs in the Uk will have to be double vaccinated from September, this year.

He had earlier that day explained why a high percentage of unvaccinated people were hospitalised, but suddenly seemed to be retracting his earlier comments.

The demand for answers alongside the revelation that Vallance contradicted his earlier statement, and therfore may have had ulterior motives for the sudden  change in position , led to a comprehensive examination of his claims.

It followed a four hour long meeting by members of  our thinktank in August, and again in September. The topic wa revisited this month, but an editorial decision  was made not to publish until the issue was fully and thorughly examined by questioning The Department Of Health, PHE England, and medics, for any possible rationalisation of the claims and the U turn.

Some believe Vallance made the sudden change because of its apparent contradiction with the prime minister’s  announcement that same day that double vaccination would be required for revellers to enter clubs in the Uk.

Strong critics assessing  vaccination hesitancy in the Uk and looking at the  presented grounds for government policies are declining to be publicly identified, but say Vallance must have been told to rewind and change his first statement.

A decision was finally made for our findings to be published, co-inciding with a publication by fullfact, which in someway supports Vallance’s claim that a majority of those hospitalised earlier in the year were indeed fully vaccinated.

Fullfact today said that at the time, the data only covered confirmed cases of the Delta variant in England, and included several different definitions of a hospital admission.

It added that  around 70% of hospital patients with the Delta variant of Covid were unvaccinated up to the end of May, or around 65% up to late June.

However, the figures do not take account of those in hospital with underlying issues , or the seriousness of those illnesses besides Covid-19.

Some critics of vaccination policies say the new policy slowly making its way across nations of the world are corrupt with ulterior motives, and driven towards financial gain.

Vallance’s sudden U turn is being viewed as evidence that the vaccine push is driven by multiple agendas, this view in itself seen as contributing to the inflexibility of those who are hell bent on not being vaccinated.

Other professionals consulted on the matter believe financial incentives are included in the drive, but there is huge importance in being vaccinated.

One nurse who insisted on anonymity, told The Eye Of Media.Com that Vallance’s original claim was likely true, but contaminated by the fact that there are other reasons patients in hospital were not featured in the data and his announcement.

The nurse said: ‘Vallance’s U turn was unreal because of the obvious contradiction, but the reality is that his originally statement that 60% of those in hospital had been double vaccinated was factual.

”When you consider that many of those in hospital are  also there for other serious illnesses, them being double vaccinated will ahve no impact on the other illnesses for which they are in hospital.

‘A proper report will necessarily include the seriousness of those underlying illnesses, but statistics bundles them all together as covid-related issues. Hence the anomaly’.

Financial incentives are involved in everything, including goods and services we buy on a daily basis in shops and stores.

It is always important to be truthful,a nd not assume you won’t get caught lying just because of your status”.

Earlier that day, Sir Patrick Vallance told a news briefing that figure was for double-jabbed people. But he later corrected himself on Twitter, saying the original statistic was false.

Vallance  posted in  lastJuly: “Correcting a statistic I gave at the press conference today

Speaking at the briefing alongside Boris Johnson – who appeared remotely from Chequers where he is self-isolating – Sir Patrick said hospitalisations could rise to over 1,000 a day.

He added: “But the rates should be lower than they have been previously because of the protective effects of vaccination.”

He said this was not surprising “because the vaccines are not 100% effective”.

“They’re very, very effective, but not 100%, and as a higher proportion of the population is double-vaccinated, it’s inevitable that those 10% of that very large number remain at risk, and therefore will be amongst the people who both catch the infection and end up in hospital.”

Vallance’s explanation was clear enough to show his focus of double vaccinated numbers  of hospitalised Covid-19 victims at the time,  and that he meant what he said.

Yet, the government scientist dramatically changed his tune in such a short time without much challenge.

His U turn led to panic and criticism on social media, with one social media user saying ”full credit for correcting the record.
But it is totally unacceptable not to be in complete control of the facts at the time. After all this country has THE worst c19 record on the planet, for which you must accept much of the responsibility.

Anoither posted, it’s taken you over 2 hours to publish this vital information about your misinformation. Come on. Give us facts. What is it. Why should we now believe you?

At the time Vallance said the UK was quite close to the previous “winter wave” of infections.

He said the timing of the next peak of the virus would be “uncertain”.

“And another doubling time will take you to even higher numbers, of course – that would be really quite, quite worrying. So we would like to see some flattening of this, some decrease in the trajectory, and ideally, as you rightly say, you’d like to see this coming down by September, as return of schools would add another pressure on top of that.”

England’s deputy chief medical officer Professor Jonathan Van-Tam added the uncertainty would be “driven by human behaviour over the next four to six weeks”.

He said: “So really, it is kind of in everybody’s hands, yours and mine.

“If we are gradual and cautious, and we don’t tear the pants out of this just because we’re glad to have our full freedoms back, then we will materially affect the size and shape of the remainder of this epidemic curve and where the peak occurs, and how big it is.

“It is literally in the hands of the public, in terms of the behaviours.”

Some of the shocking tales of death  from Covid-19 , and associated sorrow are enough to convince large groups of the population about the importance of  being vaccinatted.

However, it is not enough reason to deliberately misinform the public about important facts just to influene them to do what eperts believe they should be doing anyway.

Ongoing research suggests that a high percentage of the public are sceptical of announcements made in relation to statistics associated with hospitalisations conencted with Covid-19, and covid deaths.

Residents of the British public are aware of the reality of Covid-19, because many have experienced it personally or know someone who has experienced it, or died from it.

Lies and exaggeration is to the British public are bad, and should be discouraged because of the negative knock on efefcts they have on the public following any  good and genuine advice they are later given.

She told The Eye Of Media.Com in a statement: ‘No vaccine is 100% effective, and a small number of people will still die from Covid.

P.S: Both authours contributed to this article