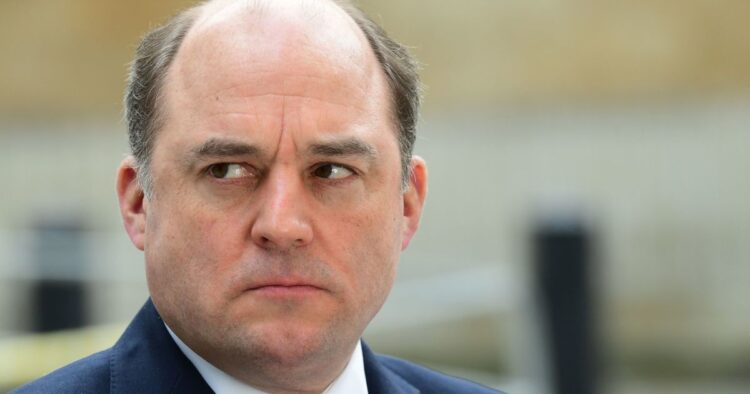 The UK will send further multiple-launch rocket systems (MLRS) to Ukraine “as part of an enduring commitment to help the country defend itself against Russia’s illegal invasion, Defence Secretary Ben Wallace has announced”.

The Ministry of Defence said that the decision comes after the successful use of UK multiple-launch rocket systems by the Armed Forces of Ukraine, gifted earlier this year.

“Britain will also give a significant number of precision guided M31A1 missiles which can strike targets up to 80km away, enabling Ukraine to continue to defend itself against Russian heavy artillery. The decision comes following the successful use of multiple-launch rocket systems by the Armed Forces of Ukraine, gifted by the UK earlier this year.”

Russia has repeatedly warned against the Uk and the U.S sending weapons to assist Ukraine in the war against Russia, and have on multiple occasions threatened  nuclear disaster as a result. Russia has  warned that continued support for Ukraine directly involves supporting countries in the war .

However, the Uk and its allies are determined to help Ukraine resist unprovoked Russian aggression, and vowed to ensure victory for Ukraine against Putin’s dictatorial regime.

Ukraine has long called for the Uk and its allies impose no fly zones for Russian planes, but the suggested has been pushed back to avoid action which could spark a direct conflict between NATO and Russia.

Ukraine needs the assistance of the West, but concerns have been expressed by some observing analysts that the frequent announcement of support for Ukraine could escalate the war to levels that could potentially threaten world peace severely and embroil the West irreversibly in the war.

Prime minister hopeful has been highlighted by members of The Eye Of Media’s thinktank as in the past promoting reckless rhetoric in the war against Russia, without sound judgement of the repercussions of her words.

In April, she vowed to continue to push in the supply of weapons to Russia, after earlier comments which urged British citizens to feel free to participate in the war without official approval from the government.

Speaking about her ambition to ensure Ukraine is conquered she said: “We will keep going further and faster to push Russia out of the whole of Ukraine.” She is clearly revelling in her imagined proxy war on the Russian bear and no one in Whitehall appears able to restrain her.

The use of the word “we” publicly identifies Britain’s interests with Kyiv’s. Truss calls for ever more economic and military aid to be sent to Ukraine, and such aid now teeters on the brink of overt engagement with Russia. She appears to want Russia’s other dissident neighbours, Moldova and Georgia, to join the alliance.

Ukrainian forces continue to  put up resistance using Western military aid, and governments around the globe have imposed heavy sanctions against Moscow. Volodymyr Zelenskyy calls for more and more assistance, unsurprisingly, he does not mind the risk of the war broadening wide into Europe to involve the entire continent.

In a January article by Ben Wallace in January on the Uk government website, Defence Secretary Benn Wallace thoroughly discredited Russian propaganda in misrepresenting the objectives of NATO.

He said ”NATO is, to its core, defensive in nature. At the heart of the organisation is Article 5 that obliges all members to come to the aid of a fellow member if it is under attack. No ifs and no buts. Mutual self-defence is NATO’s cornerstone. This obligation protects us all. Allies from as far apart as Turkey and Norway; or as close as Latvia and Poland all benefit from the pact and are obliged to respond. It is a truly defensive alliance.

He added that : ”former Soviet states have not been expanded ‘into’ by NATO, but joined at their own request. The Kremlin attempts to present NATO as a Western plot to encroach upon its territory, but in reality the growth in Alliance membership is the natural response of those states to its own malign activities and threats.

Wallace’s analysis was very accurate, the Russian government is full of rubbish and lies when it comes to official statements in relation to the West’s intervention in Ukraine, or its own agenda and explanations attempting to justify its illegal invasion of Ukraine.

As true as his analysis is, the Defence Secretary does not appear to appreciate the ill judgement on behalf of the British government  in making repeated announcements of sending weapons to support Ukraine.

If it is PR exercise, it is an ill thought one, full of risks and the increased tendency of worsening the situation.

In a statement about the latest  announcement, Defence Secretary Ben Wallace MP said:

“This latest tranche of military support will enable the Armed Forces of Ukraine to continue to defend against Russian aggression and the indiscriminate use of long-range artillery. Our continued support sends a very clear message, Britain and the international community remain opposed to this illegal war and will stand shoulder-to-shoulder, providing defensive military aid to Ukraine to help them defend against Putin’s invasion.”

Ukrainian troops have been trained in the UK on how to use the launchers so that they can maximise the effectiveness of the systems. This is in addition to the UK’s commitment to train up to 10,000 Ukrainian soldiers in infantry battlefield skills over the coming months. Canada, Denmark, Sweden, Finland and the Netherlands have all announced they will be supporting the programme.

“Building on this effort, the Defence Secretary will co-host the Copenhagen Conference for Northern European Defence Allies of Ukraine on Thursday 11 August, to discuss further, long-term support for Ukraine on training, equipment, and funding.

Recognising the relentless courage and determination of the Ukrainian people, the UK and its allies will begin to establish a plan of action to support Ukraine into 2023 and beyond for as long as necessary, as they continue to fight for their freedom and sovereignty.”