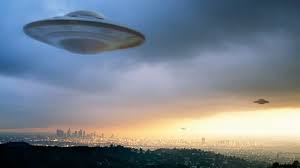 The U.S Department of Defense is establishing a new group to investigate UFO sightings in restricted airspace.

The group’s formation comes in the wake of a report released by the Officer of the Director of National Intelligence in conjunction with the US Navy aimed at investigating more than 140 sightings of UFOs in restricted US military airpsace since 2004.

The new group is to be overseen by top military and intelligence leaders.

The Airborne Object Identification and Management Synchronization Group will “detect, identify and attribute objects of interest in [special use airspace]”, Deputy Defence Secretary Kathleen Hicks said in a memo to senior Pentagon leadership on Tuesday.

The defence department has said it takes any reports of aerial incursions – identified or unidentified – “very seriously, and investigate each one”.

According to Reuters, the new group will be called the Airborne Object Identification and Management Synchronization Group, and will be overseen by the Under Secretary of Defense for Intelligence, the Joint Staff, and by officials from the Office of the Director of National Intelligence.

Kathleen Hicks, the Deputy Secretary of Defense, issued a statement explaining that the existence of UFOs and unidentified aerial phenomenon in restricted military airspace is potentially hazardous to air crew members and threatens US national security.

Lawmakers had demanded the report after the U.S military reported numerous instances of unidentified objects seen moving erratically in the sky.

It said of 144 reports made about the phenomena since 2004, only one of the sightings was explainable.

While the Pentagon said there were “no clear indications” of any otherworldly activity, it did not rule out the possibility that the objects were extra-terrestrial.

Several possible explanations were offered at the time, including advanced technologies from another nation like China or Russia, natural atmospheric phenomena – like ice crystals – that could register on radar systems, and “developments and classified programmes by US entities”.

Abundant research has been conducted about ufos over the years, with unidentified flying objects generally agreed upon by ufologists to be extraterrestials, this signifying life from other planets who appear in this dimension for purposes not yet established.

They have been sighted by pilots numerous times over the past few decades, and have also appeared in the sky before witnesses in several countries. Their full function remain a mystery to modern scientists.

The US government has often used UFO/UAP stories to discredit, distract and obfuscate its own actions. Most famously was the CIA’s admission in 1997 that many reported UFO sightings in the 1950s and 1960s were actually citizens seeing U-2 and SR-71 high-altitude spy planes.

The CIA and US Air Force are known to have put out false cover stories attributing the sightings to temperature inversions and ice crystals, intentionally misleading the public.

The agency report that spawned the new group provided few explanations for the apparent new phenomena that has energised UFO watchers.

The new observation group will replace the US Navy’s Unidentified Aerial Phenomena Task Force, which was established to detect, identify and categorize objects, and to assess and mitigate any threats they pose.

The group will primarily watch over “special-use” airspace, including ongoing military operations, firing rangers, and other areas restricted for national security uses.

The pentagon is yet to provide a definitive explanation of what ufos are, and their overall purpose.