The US has charged an Iranian man it says is a member of the Islamic Revolutionary Guard Corps (IRGC) with attempting to hire a hitman for $300,000 to kill John Bolton, the former national security adviser in the Trump administration.

US officials said Shahram Poursafi(pictured) who is believed to be  in Iran, is wanted over the alleged plot.

The 62-year-old headed the IRG’s elite Quds Force. He was killed at Baghdad airport in Iraq in January 2020 in a strike ordered by President Donald Trump.

The Department of Justice said Shahram Poursafi, also known as Mehdi Rezayi, offered the money in November 2021 to an unidentified person in the US to “eliminate” Bolton, apparently to avenge the drone killing of the IRGC commander Qassem Suleimani, in January 2020.

Poursafi is alleged to have said that after Bolton was killed, there would be another job, for which the hitman would be paid $1m.

The individual offered the money became an FBI confidential informant, and continued to exchange texts on an encrypted communications app with Poursafi, who is believed to have tried to orchestrate the plot from Tehran. According to US authorities, Poursafi has never visited the US.

Bolton, who served as Trump’s third national security advisor for 17 months before resigning, was the main architect of the administration’s “maximum pressure” campaign against Iran. Bolton favored escalating economic sanctions and threats of retaliation for Iran’s malign behaviour

In a statement, Mr Bolton thanked the FBI and the justice department for their work.

“The justice department has the solemn duty to defend our citizens from hostile governments who seek to hurt or kill them,” assistant attorney general Matthew Olsen of the department’s national security division said, unveiling the indictment.

“This is not the first time we have uncovered Iranian plots to exact revenge against individuals on US soil and we will work tirelessly to expose and disrupt every one of these efforts.” 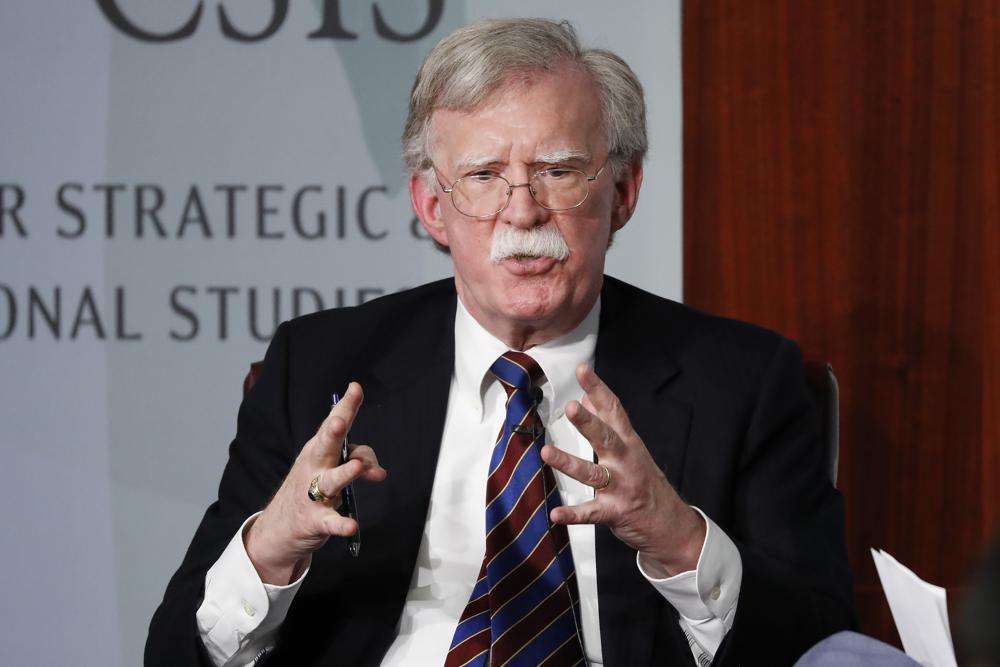 Bolton was no longer national security adviser when the drone strike against Soleimani was carried out as the Iranian general was visiting Baghdad on 3 January 2020, but he is a longtime advocate of military action against Iran and a staunch opponent of the 2015 multilateral nuclear deal with Tehran. Secret Service cars have been reported to have been parked across the road from Bolton’s house in the Washington area at least since early 2022.

According to an affidavit by FBI special agent Randi Beck accompanying the charge, Poursafi first contacted a US resident identified as “Individual A” through social media over the course of 2021, and then in October of that year asked him or her to take photographs of Bolton, saying they would be for a book Poursafi was writing.

Individual A introduced Poursafi to a second person, who they said was willing to take photographs and videos for a fee. This second person, who became a confidential source for the FBI, is not identified but appeared to live in Texas. The affidavit claims that Poursafi asked if the person had family in Iran, but the response was they did not.

The affidavit claims Poursafi contacted this source in early November by an encrypted messaging app, and asked him or her to find someone who could “eliminate” a target for $200,000, offering an additional $50,000 to the source as a finder’s fee. The source later told Poursafi they had found someone to do the job (supposedly a Mexican national with links to a drug cartel) but they wanted more money. After consulting with unnamed superiors or associates, Poursafi is alleged to have agreed to pay a total of $300,000.

The first assassination method he is said to have suggested is “by car”, noting that Bolton often took walks in a park. Poursafi allegedly said “his group” would be able to provide protection for the source and the would-be assassin after the job was done.

The source asked for money up front but Poursafi said that his group would be angry with him if they paid money and the killing was not carried out. He claimed his group had long experience of assassination, and promised that they had “years of work to do together” with the source and the supposed assassin.

The affidavit said that by this time the FBI had hacked Poursafi’s online accounts and so was able to monitor the dialogue from both ends and also monitor Poursafi carrying out internet searches on Bolton.

At one point in their dialogue, the FBI source is claimed to have asked Poursafi what his experience was with killing and this “type of work”. “Poursafi responded that it was like crossing the street: it was better not to spend too much time looking in one direction, but just to do it,” Beck said in his affidavit.

The source is also said to have asked Poursafi why they were targeting Bolton as other US officials had done more to harm Iran, and Poursafi allegedly replied that “often orders came down and they could not ask why; they would just need to complete the job.”

In many of the reported exchanges between the source and Poursafi, the source asked for reimbursement for expenses in tracking Bolton. Poursafi allegedly said he had argued the source’s case, but “no one could get pre-payment due to a recently failed operation”. The failed operation was not identified.

In place of a payment, in December 2021 Poursafi sent pictures of two plastic bags containing bundles of dollars with the source’s name and the date written on a label in front of them.

In the alleged exchanges with the source, Poursafi appears to have had information about Bolton’s movements that were not publicly available, but agent Beck said the Iranian “did not specify whether his source was a person conducting surveillance, a cyber intrusion, or another type of source”.

The exchanges continued until 28 April this year, with Poursafi’s impatience increasing. On that date, the source is claimed to have finally persuaded Poursafi to send $100 in two payments to the source’s electronic wallet.

A picture of a bearded man wearing IRGC camouflage fatigues said to be Poursafi is shown in the FBI affidavit. .

“The FBI will continue to identify and disrupt any efforts by Iran or any hostile government seeking to bring harm or death to US persons at home or abroad,” the head of the FBI Washington field office, assistant director Steven D’Antuono, said. “This should serve as a warning to any others attempting to do the same – the FBI will be relentless in our efforts to identify, stop, and bring to justice those who would threaten our people and violate our law