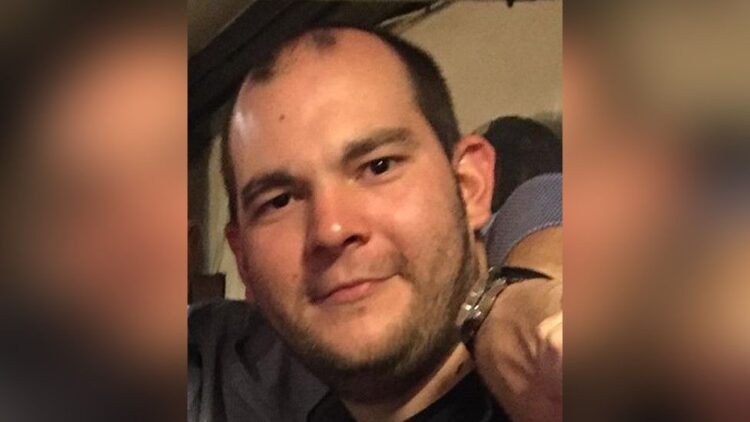 Two teenagers have been arrested after a man was stabbed to death in the street.Thomas Williamson, 30, (pictured)died at the scene after being found with ‘multiple stab wounds’ in Charles Street, Tyldesley, at about 1.30am on September 25.

Following Thomas’s death, his family paid an emotional tribute to him.

In a statement released through Greater Manchester Police today, they said: “He was always honest and trustworthy, sometimes too honest.

“He knew how to make you laugh with his sense of humour and through difficult times, he was caring and supportive.

“He would often keep himself to himself but had recently joined the gym and bought a lovely puppy called Bandit.

“He loved the dog and the dog loved him. He enjoyed going for a walk with him which lifted his spirits, and now this simple everyday occurrence we took for granted is gone.

“Everyone who knew Tom had a story of how kind and brutally honest he could be, which made us all laugh. He touched their hearts with his vulnerability.

“His dad and younger sister are devastated at losing Tom, and they will miss him forever and feel robbed of the time they will not get to spend with him.

“The world will be a much smaller and duller place without you in it, Tom.

“Anyone who knew you will understand the heart-wrenching pain that we are feeling and it will never be the same again without you.”

Detectives say they are pursuing several lines of enquiry, and are continuing to appeal to the public to come forward if they have any information or video footage that could assist their investigation.

Detective Inspector Nicola McCulloch of GMP’s Major Incident Team said: “This has been a complex investigation and our detectives have been conducting an inordinate amount of work behind the scenes to ensure we identify and locate those responsible for Thomas’ death.