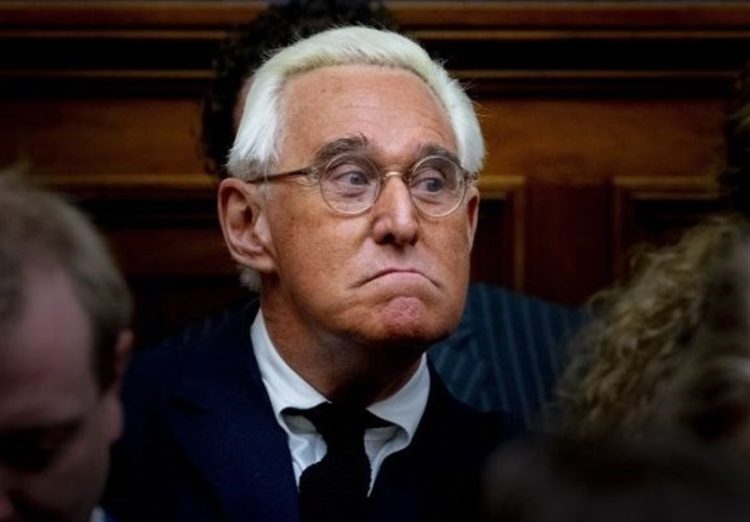 Trump associate Roger Stone has been found guilty on Friday of lying to Congress and other charges in a case that has shed new light on President Donald Trump’s anticipation of the release of stolen Democratic emails in 2016 by WikiLeaks.

Stone was convicted of all seven counts brought by the Justice Department in relation to special counsel Robert Mueller’s investigation. He was found guilty on five counts of lying to Congress, one of witness tampering, and one of obstructing a Congressional committee proceeding.

Stone was guilty of withholding documents from congress in 2017, showing he had sought to reach WikiLeaks the previous year, and lied about five facts that would have revealed his efforts to use intermediaries to obtain valuable information useful to Donald Trump at the expense of his political rival, Hilary Clinton.

He is the sixth Trump aide or adviser to be convicted of charges brought as part of special counsel. Stone, 67, showed no reaction as the verdict was read aloud, count by count. He could face up to 20 years when he is sentenced on February 20.

In the one week trial, witnesses highlighted how Trump campaign associates were eager to gather information about emails the U.S. says were hacked by Russia and then provided to the anti-secrecy website WikiLeaks.

Steve Bannon, former executive chairman of Breibart news who also served as the campaign’s chief executive, testified during the trial the trial that Stone had boasted about his ties to WikiLeaks and its founder Julian Assange, alerting them to pending new batches of damaging emails.

WikiLeaks had released emails in July 2016 that the Russians had hacked from Democratic Party servers, and followed up with drops of emails stolen from the Clinton campaign’s chairman in October 2016, continuing until Election Day. Stone’s trial at a federal courthouse in Washington revealed the extent to which the longtime Trump friend was directly in touch with Trump and other campaign officials about Wikileaks’ 2016 release of hacked Democratic emails.

Prosecutors argued that witness testimony, along with Stone’s texts, emails and phone records, showed Stone’s interest in reaching WikiLeaks about the hacked documents it had.

MOTIVE
Stone’s defence team countered that Stone didn’t have a motive to protect Trump when he testified to the House in 2017, because Trump already had won the election and become President.
Trump came to Stone’s defence on Friday after the verdict was released, calling it “a double standard like never seen before in the history of our Country.”