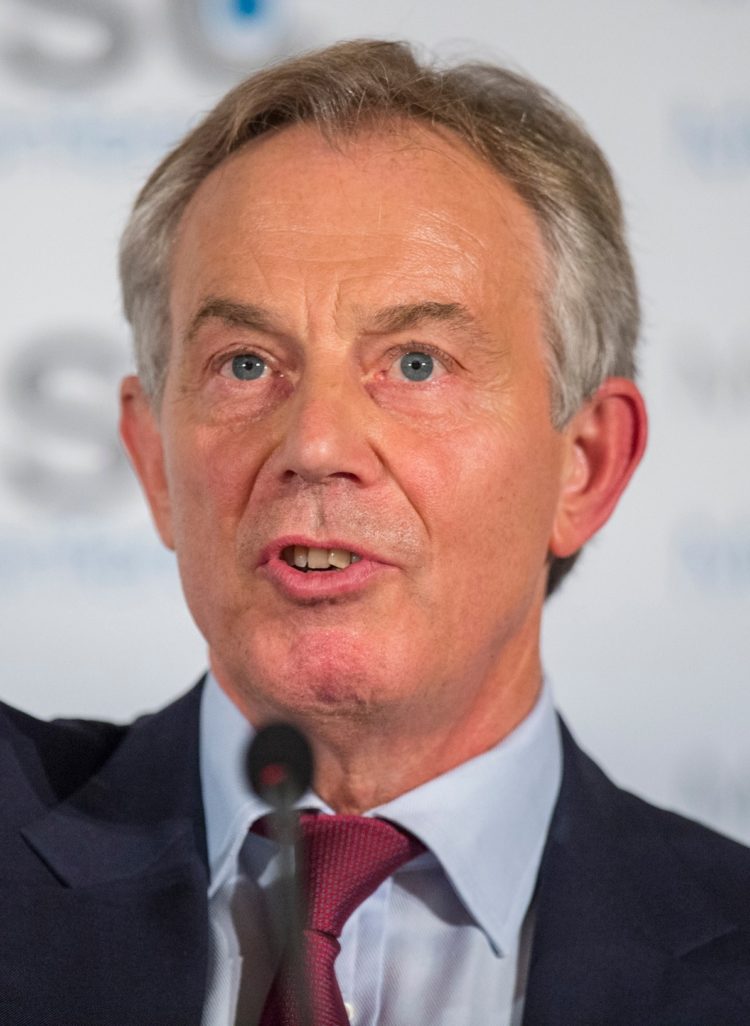 Tony Blair has come out fighting against Brexit in his “mission” to persuade Britons to “rise up” and change their minds on Brexit.

The former British prime minister has stirred up feelings in his determination to reverse the democratic outcome of last June’s referendum.
Speaking in the City of London, the former prime minister said that people voted in the referendum “without knowledge of the true terms of Brexit”.
Suggesting that the country does not know what it is doing in the current tense climate of Brexit,he urged “a way out from the present rush over the cliff’s edge”. Ever since the vote to leave the European Union, the debate has been tense, but Parliamentary Mps have already given their support to Theresa May to trigger Article 50, provided they get a vote on the final deal-something the UK prime minister has promised.
Blair’s fight against Brexit has  been greeted with anger and cynicism. Former Tory leader Iain Duncan Smith said the comments were arrogant and undemocratic but Lib Dem Nick Clegg said he “agreed with every word”.
Former UKIP leader Nigel Farage added his voice to the chorus of disapproval against Blair, by saying  Mr Blair was “yesterday’s man” , a position supported by Foreign Secretary, Boris Johnson. Farage said Blair was like ”a heavyweight champion coming out of retirement who would end up on the canvas”.
Boris Johnson added: “I urge the British people to rise up and turn off the TV next time Blair comes on with his condescending campaign.”
Mr Blair, who was UK prime minister between 1997 and 2007, used the speech to the pro-European campaign group Open Britain to argue that leaving the EU would be “painful” for Britain and Europe and the benefits would be “largely illusory”.
Mr Blair, who campaigned to remain in the EU, said that while he accepted that people voted to leave by 52% to 48%, he would recommend looking again at Brexit when “we have a clear sense of where we’re going”.
Pressed on whether he thought there should be a second referendum, he said: “All I’m saying is a very, very simple thing, that this is the beginning of the debate – that if a significant part of that 52% show real change of mind, however you measure it, we should have the opportunity to reconsider this decision.
“Whether you do it through another referendum or another method, that’s a second order question.
World War and debate can’t now be shut down about it.” Blair’s campaign raises questions as to why he still believes the clock can be turned back to invalidate the result of the referendum. His stance will give courage to disgruntled remainers to either fight for Brexit on terms compatible with their desires, or to fight Brexit altogether, though such a scenario will be a tough one.
In the absence of an effective opposition, he said pro-Europeans needed to build a “movement ” reaching across party lines, he said, adding the institute he is launching would play its part in developing the arguments to rethink the country’s position.
“The debilitation of the Labour Party is the facilitator of Brexit. I hate to say that, but it is true.”
‘Pain and gain’
While he fully accepted immigration was “a substantial issue”, he said it had become the “primary consideration” for the government and suggested the public were more concerned about arrivals from outside the EU.
Blair has faced criticism in the past for his government’s decision to allow people from Poland, Hungary and the Czech Republic to work in Britain without restrictions, while most EU states imposed transitional controls to slow the rate of migration.
Blair stressed that the Conservative government only “has bandwidth for only one thing – Brexit”, at the cost of the NHS, education, investment in communities, the rise in serious crime, the increased burden of social care and control of immigration.
“This is a government for Brexit, of Brexit and dominated by Brexit, he said, adding that the issue was the government’s “waking thought, the daily grind, the meditation before sleep and the stuff of its dreams or nightmares”.
Iain Duncan Smith, who was a prominent Leave campaigner, said Mr Blair had shown the political elite was completely out of touch with the British people.
He compared Mr Blair returning to the political scene to the British horror comedy “Shaun of the Dead”, with “his hands outstretched to tell the British people they were too stupid to be able to understand what they were voting on”, adding that this “is both arrogant and a form of bullying”.
Spread the news