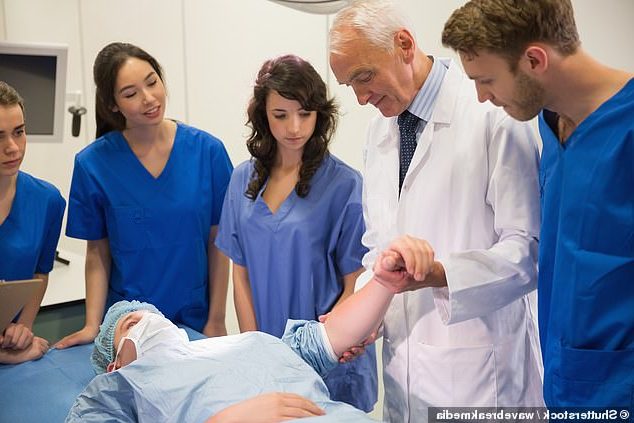 Oxford university students who cheated and have now been forced to resit their medical exams should be thoroughly ashamed of themselves.

Oxford is supposed to boast one of the very brightest of students in the Uk, and potentially even the world. Yet, its shameless students of a highly respected subject were not confident enough to take their exams honestly without cheating. The collective embarrassment must be very high indeed.

Entry requirements to study medicine at the prestige university is one A star and two A’s that include chemistry with further Maths, Further Maths Physics or Biology. Students on the demanding medicine are generally very bright and hardworking. This year, they have brought their field in the university to disrepute.

The University must have had gaps in its system that allowed its students to be able to cheat in such a manner that Entire medical students at Oxford University must resit their exams after being caught cheating.

All the marks from the Objective Structured Clinical Examinations have been cancelled after students were alleged to have passed critical information around before the test.

The exam, which sees medical students having to interact with actors as though they are real patients, will have to be resat by the entire group of students entering their sixth and final year.

The Proctor’s Office was alerted to allegations that some students had cheated. All marks from the examination have been wiped, as the integrity of the examination was called into question.

Some members of the cohort allegedly received and circulated materials which could have given them an advantage in their Objective Structured Clinical Examinations (OSCE), but such cheating should not have been possible in a tight system monitoring its students.  The OSCE is used to assess how students respond to patients in a clinical setting.

The Chair of Examiners, Dr Sanja Thompson, said in a letter seen by Cherwell that it was “impossible” to know how many students cheated. As a result, all students in the cohort would have to resit the paper. Oxford University said they would not provide specific details about the allegations because of an ongoing investigation.

The date on which students will resit the exam in Michaelmas has not been finalised. In the meantime, a provisional ranking of students in the cohort will be made using other exams which have not been disrupted. The paper will be weighted the same as if it had been sat normally.

A spokesman said the University recognises the anxiety having to resit the exam will cause, and that it is in touch with affected students for pastoral and assessment support

Students will need to resit the exam in the autumn although an official date has not yet been set.

A university spokesman said: ‘The Year 5/ GE3 Objective Structured Clinical Examination was referred to the Proctors Office following allegations about student conduct and the suspected sharing of information.

‘The University of Oxford takes such concerns incredibly seriously. Consequently, the decision has been taken to void the examination, with a new sitting scheduled for the autumn.

‘We recognise the uncertainty and anxiety that this will cause for students and are in ongoing contact with those affected to offer pastoral and assessment support and provide forums through which students’ questions and feedback can be addressed.’