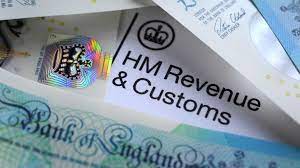 Taxes are likely to reach their “highest sustained level in history” as the Government seeks to repair the damage to the public finances caused by the coronavirus crisis, a leading economist warned.

Paul Johnson, director of the Institute for Fiscal Studies think tank, said “we are in a new phase of UK economic history”, after Chancellor Rishi Sunak set out plans to raise extra funds from business and personal taxes.

The IFS said the Budget’s forecast of raising an extra £29 billion by 2025-26 was “big by recent standards”.

Mr Johnson said it was the “biggest tax-raising budget since Norman Lamont’s final budget” in 1993 – pointing out “he was sacked a couple of months later”.

In his Budget, Mr Sunak set out plans for corporation tax on business profits to rise from 19% to 25% in 2023, although there will be lower rates for smaller firms.

Mr. Sunak also announced a freeze in income tax thresholds at April 2021 levels, which will rake in an extra £8.18 billion by 2025-26 as more people are dragged into paying the tax, or into the higher band, as wages increase.

The IFS said about 1.3 million people would be brought into the income tax system, with about 10% of adults expected to be dragged into the higher 40p rate.

Mr Johnson said: “Make no mistake, this proposed increase in the main rate of corporation tax is a big reversal of decades of policy direction and a significant risk.

“For all the rhetoric about it leaving the headline rate here below that in other G7 countries, our effective tax rate will be relatively high.

“Mr Sunak made much of his desire to be honest and to level with the British people.

“The fact that he felt constrained to raise taxes by hitting companies and through freezing allowances, rather than through more explicit rises in people’s taxes, suggests there are limits to how far he wants to level with us, as he attempts to raise the overall tax burden to its highest sustained level in history.”

Isabel Stockton, a research economist at the IFS, said: “A healthy economic recovery, combined with a substantial tax increase, would be enough to allow the Government to cover its day-to-day spending with revenues by the middle of the decade, borrowing only to invest.

“This is one definition of ‘balancing the books’, but this success would be at risk if the recovery falters, or tight spending plans – or for that matter the large tax rises announced today – prove undeliverable.